When it comes to smartphone ownership, most device owners find themselves favoring either iOS or Android. Sure, there’s Windows Phone / Windows 10 Mobile to take into account, but the global smartphone market is dominated by the two biggest platforms.

Users may prefer iOS or Android as an overall experience, but that doesn’t mean there aren’t parts of each operating system, or device experience, that they’d love to cherry pick and place into their favorite OS. If you happen to be a fan of the minimalistic Pixel Launcher experience found on Google’s Pixel smartphones, then you can now replicate that on a jailbroken iOS device thanks to the Pixzel package. 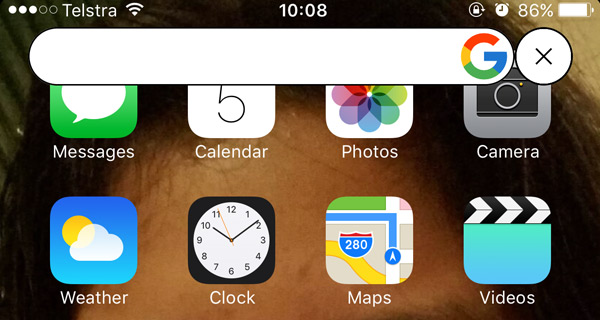 Yes, there has been other tweaks in the past as well which have brought similar experience to iPhones, but Pixzel is essentially a minimalist representation of what the Pixel Launcher is all about on Google’s Android-powered Pixel hardware.

Installation of the package via Cydia will instantly allow the device owner to move and place a round launching icon wherever they see fit on the iPhone or iPad’s display. This can be placed over the top of icons in any location on the display in order to instantly invoke the Pixzel experience. When placed, there are basically two gesture-based options that invoke the package’s functionality.

As a bare bones usage, users are able to simply tap on the Pixzel icon to instantly launch an instance of Mobile Safari on the device and quickly be routed to the Google homepage so that searches can take place. This would be akin to actually loading up Safari and selecting a Google bookmark, albeit a lot quicker and more efficient to achieve the same result with a single tap. 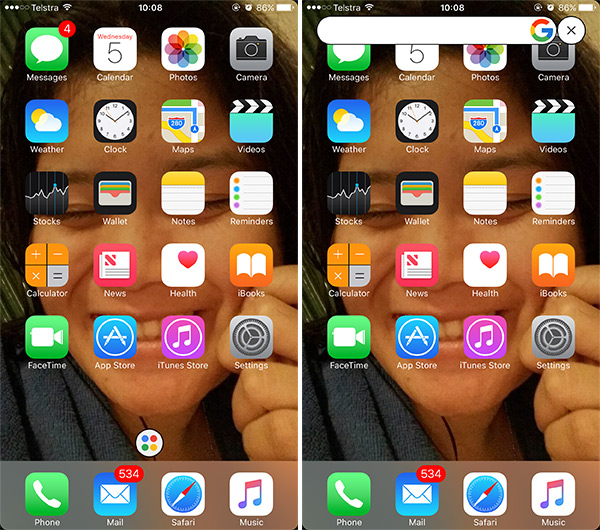 Alternatively, for those that want to instantly be able to perform a search rather than being taken directly to Google, a one second tap and hold on the Pixzel icon will bring up a new search overlay at the top of the screen allowing immediate text entry. When the search is performed, Pixzel will once again invoke Safari.

In its current form, Pixzel is what you might describe as extremely “bare bones”, but there are plans to extend its capabilities. As an example, the developer behind the package has alluded to the potential for web addresses to be recognized and respected, as well as app compatibility to ensure that the Google app is launched instead of the Google webpage if the app is installed.

You can grab Pixzel for free by adding the following repository in Cydia: https://antique.github.io