In case you’re not aware, the 3D and Virtual Reality Expo took place in Tokyo a few days ago. At the 3D-oriented trade show, a company known as Global Wave introduced Pic3D, a really thin plastic sheet that turns any iPad, iPod touch, iPhone or traditional desktop or laptop into a glasses-free 3D display. 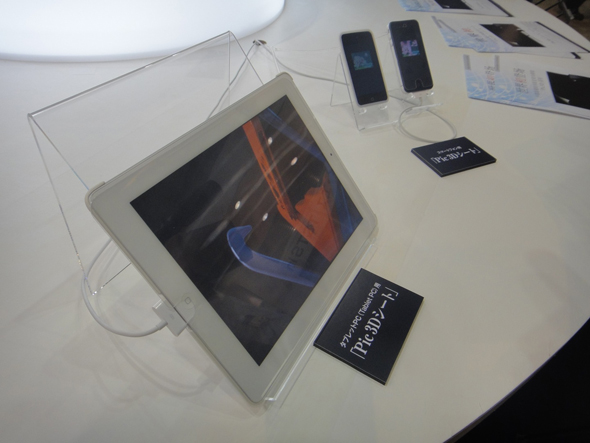 Unlike most glass-less 3D technologies available on the market today, the Pic3D uses a lenticular lens system, which includes some advantages, including greater light transmission, at as much as 90%, and a viewing angle of 120°. While most 3D displays require users to stare at them on a straight line, Pic3D will be way more flexible.

The sheets will be able to be stamped right over the screen of any support device: iOS devices and Windows PCs. Indeed, Pic3D will be available for 12.1-inch, 21.5-inch and 23-inch monitors, as well as iPhones and iPads. Global Wave is aiming at having this add-on available on as many devices as possible:

We already announced this product for the iPad at the game show last year, and it was then used on a Fujitsu PC this spring, and now in the sheet form it can be used on all kinds of PCs and smartphones. We are now announcing 6 series of sheets and applications all at one time.

This add-on will work thanks to an application that can be installed on either iOS or Windows. Lack of Mac OS X or Android support is quite a disappointment, although there seems to be nothing standing in a way of Mac and Android Apps in the future. 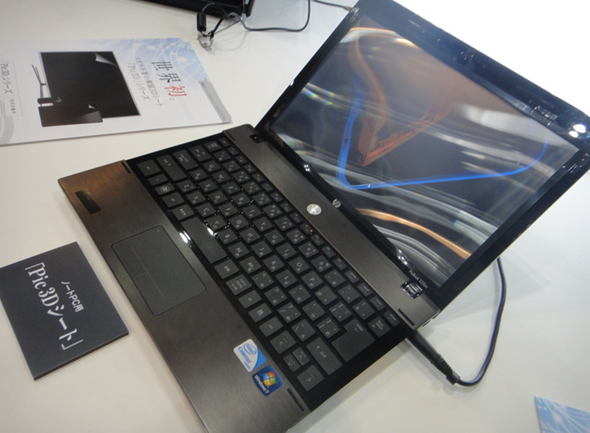 Once the application is installed, any video in side-by-side format will be displayed in 3 dimensions automatically. Sites like YouTube already include support for 3D video, and technologies such as Pic3D will surely encourage other services to jump on board.

The company plans to begin sales in early August, directly from its website at first, and later through other retailers. The price can go from as low as $25 (¥2,000) for the iPhone and iPod touch version, all the way up to $185 (¥15,000) for the 23-inch version. Don’t expect this to be available in the US just yet.

Right now we plan to begin sales in early August, and at first we plan to sell it through our own direct sales website.