iPhone 5 To Include BlackBerry-Like LED Indicator For Notifications? [VIDEO]

According to an anonymous source that calls itself "Mr. T", the next iPhone will have an LED indicator next to the camera, which would presumably flash whenever notifications pops up, such as whenever the user receives a new text message or, more likely, whenever any App invokes the notification service that’s built into iOS.

iOS 5, which was announced last month, took notifications a whole step forward. It would be logical that the next iPhone also included similar enhancements hardware-wise, in order to bring the iPhone up to par with other devices. A flashing LED light would make it a lot easier for users to find out if anything needed their attention, without touching their phones. The same feature can be found on certain BlackBerry phones.

Rumors of two LEDs around the camera area have surfaced before, when Apple had reportedly purchased dual-LED camera flashes to be built into the next-generation iPhone. This anonymous leak, as reported by iPhoneDownloadBlog, suggests that a second LED would instead be used to display notifications, not to improve the accuracy of pictures. Yet, when confronting data from an anonymous tipster with relatively credible information from sources inside suppliers, I’d most likely go with the latter. 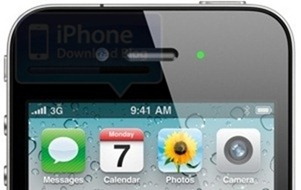 The next-generation iPhone, possibly the iPhone 5, is expected to be announced at Apple’s yearly music event, along with new iPods and the final version of iOS 5, which will come out "this fall", according to Apple. While the company hasn’t commented on the benefits the next iPhone will bring, many are suggesting that we’ll be unlikely to see major design changes in this release. Instead, Apple will focus on improving the next iPhone by increasing the camera size to 8 megapixels and adding a dual A5 processor, which should give the phone quite a performance boost.

"Anonymous tipsters" definitely should be held to much of a high standard, since most "evidence" can easily be faked with some Photoshop work, if tipsters provide any at all. All sources that should be taken seriously, in my opinion, are those from part suppliers, since the parts Apple orders can give quite a serious indication of what’s to come. We know that a future iPhone is coming really soon, since Apple is said to be phasing out production of the current model, but I’m afraid that everything else is up in the air.

Still, many would surely love to have a LED indicator on their phones.