The Stereoscopic 3D experience is coming soon to iOS devices and Android! It’s not going to be native three-dimensional video but still offers similar results and the cool thing is: you won’t have to wear those hideous polarized glasses! 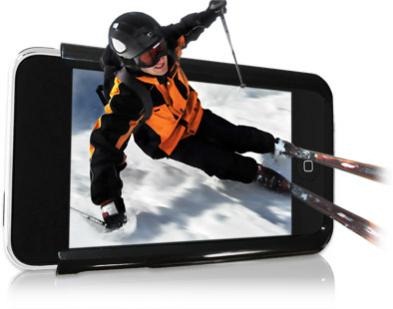 Spatial View has submitted their app 3DeeCentral to the App Store which features a catalogue of 3D movies that can be viewed on the devices mentioned above. 3DeeCentral requires the use of a thin screen that lets you watch those depth-perception enhancing videos without wearing glasses.

Business Insider was the first to try it out and here’s what they have to say:

We don’t expect this to sweep the nation overnight. For one thing, it looks like the library of content will be fairly sparse to begin with. And the 3D effect isn’t as compelling as it is on a larger screen using glasses.

But we just tried it out, and it was real, live 3D right there on the phone. And that was awesome.

3DeeCentral should be available later in the fall and should cost < $20 when it releases for iOS and Android devices.