If you’re a big fan of 3D movies and own a PlayStation 3 console, then there’s a big treat waiting for you! Sony has just pushed firmware version 3.50 for PlayStation 3 which now adds the ability to playback 3D Blu-ray movies right on your PS3. 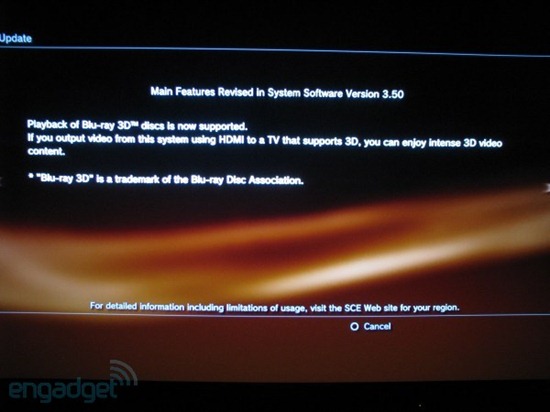 To run 3D Blu-ray movies, you need to have an HDMI cable running from your PS3 all the way to your TV which supports 3D, your PS3 and 3DTV will automatically detect your settings if HDMI settings are set to auto! And you’ll be watching 3D movies in no time ! [via Engadget] [source PlayStation Blog]