The popularity of the Pixelmator apps for both iOS and macOS should not be underestimated, so with the release of a new Pixelmator Pro app for the Mac today, interest is certainly piqued.

The app, which is a more advanced version of the existing Pixelmator for Mac app, can be downloaded now. 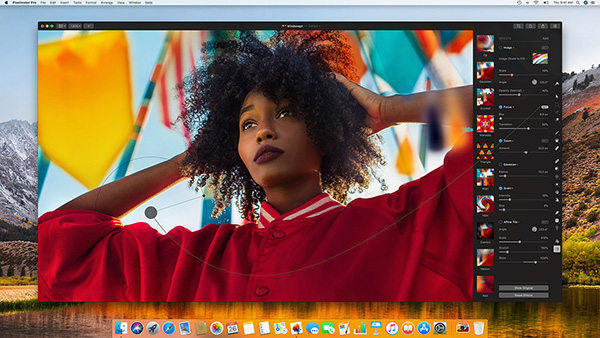 Initially announced back in September, Pixelmator Pro, which is touted as “Photoshop Killer” on Mac, combines simplified editing tools with a new single-window interface and an altered workflow with intelligent image editing powered by the buzzwords of 2017 – machine learning. The software itself uses Apple’s Core ML framework, new to macOS High Sierra, to allow new features to be used. Those allow for things like smarter quick selections and improved repair tools that can remove unwanted objects and blemishes from images, leaving photographers with a cleaner image on the other side of editing.

Pixelmator Pro is an image editor packed full of innovations. From a reimagined editing workflow and simplified editing tools to machine learning powering all-new, intelligent image editing features. So the tools at your fingertips are smarter and more powerful, yet more intuitive and easier to use than ever before.

One thing that all these new changes mean is that even those who are familiar with Pixelmator will find the interface within Pixelmator Pro to be slightly jarring, although as with everything, we expect that will soon subside once users get used to the new, or altered features.

If you need the additional power of Pixelmator Pro, it can be picked up from the Mac App Store or the official Pixelmator website for $59. If downloaded from the developer, there is a free 30-day trial, too. Unfortunately, the way the Mac App Store works prevents a similar trial from being made available via that vector.

(Download: Pixelmator Pro for Mac on the App Store)