Following last year’s release of the Samsung Galaxy S4, its Korean maker released an abundance of spin-off devices, including the ruggedized Galaxy S4 Active and the camera-focused Galaxy S4 Zoom. Since the newly-released Galaxy S5 packs the former Active’s dust and waterproofing features as standard, we’re only anticipating the Galaxy S5 Zoom, or “Galaxy K” this time around, and a new, legitimate-looking leak showcases said handset’s 10x optical zoom lens.

Samsung likes to cover all bases when it comes to the mobile industry, and having released the Galaxy Camera to a mixed reception – many were annoyed that it was missing the ‘phone’ bit – the company tried an alternative tactic with the Galaxy S4 Zoom. Although slightly inferior to the main event in terms of processor and such, it packed a mean-looking lens that offered an enhance shooting experience, and even though the Galaxy S5’s rear facing snapper – with 4K video and whatnot – is a joy to behold, the Galaxy K looks set to up the ante. 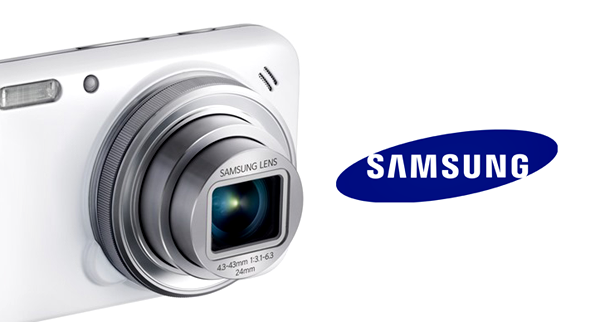 Today’s isn’t the first leak we’ve seen of the Galaxy K, but does offer something of an insight into the form factor, as well as the 10x optical zoom capability. Like the Galaxy S5, it features that same dotted texture to the rear, although in terms of general shape, is a different beast altogether.

The rear shell is decidedly curved, and the whole thing looks more like a pocket camera than a smartphone. Then again, if the photo and video-taking features are significantly better than any other handset on the market, then the rather odd shaping will be more than justified, and wannabe photographers in the hunt for a smartphone with pro cam features could do a lot worse than opt for one of the very few optical zoom-enabled devices. 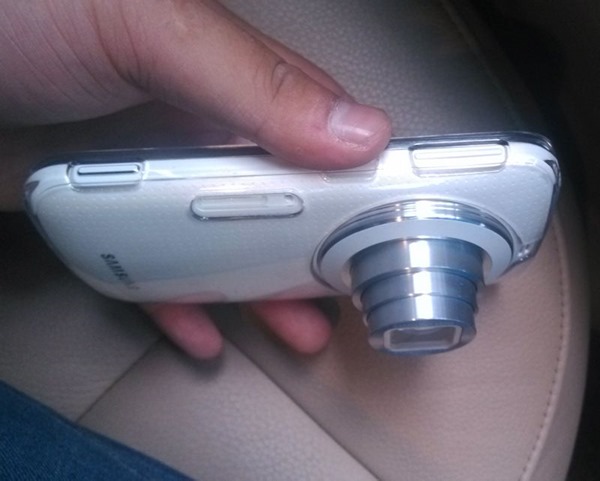 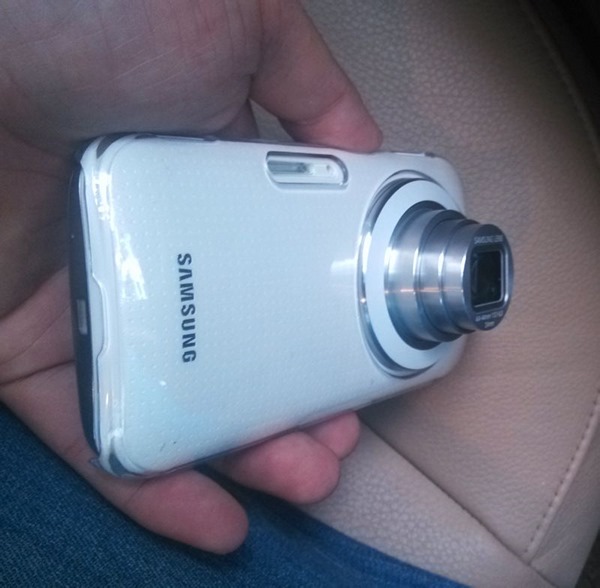 As far as tech specs go, we expect the Galaxy K, or Galaxy S5 Zoom, to pack a 4.8-inch super AMOLED display, Samsung Exynos 5 Hexa processor, and a substantial 2 gigs of RAM. The rear-facing camera will likely be of the 20-megapixel variety, made all the better thanks to the optical zoom, and with Samsung likely to pack a bunch of robust accompanying software features into the device, we’re definitely looking forward to its announcement.