The Apple iPhone 5s may be approaching the latter months of its shelf-life, but even with tech column inches being dominated with speculation pertaining to its eventual successor, Apple is keen to reiterate to us the versatile nature of its current flagship. A new ad, entitled ‘Powerful,’ showcases just how useful the iPhone 5s can be in creating great music, videos, and even launching fireworks – a timely reminder that the device is not just for playing Candy Crush and Flappy Bird.

Having taken a pop at rival Samsung only yesterday in its newspaper-based Earth Day advertisement, the new Powerful ad manages to resist the temptation of another cheap shot at its main adversary, instead offering a show-reel of some of the iPhone 5s’s many great apps and strengths. 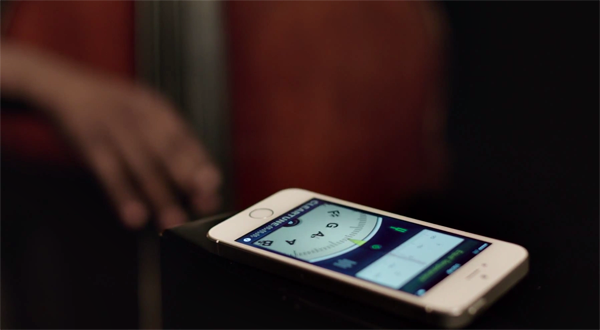 Given the record-breaking sales of the latest and greatest Apple handset in its first half-year on shelves, it’s not hard to see while the perceivably struggling iPhone 5c seems to have been advertised a lot more than the iPhone 5s, but in its rare moment in the limelight, the flagship handset definitely sells itself.

Sure, the video shows nothing that cannot be achieved by using the same apps on the iPhone 5c, or even the iPhone 5, for that matter. But the point is, the iPhone 5s is finally getting some much-needed airtime, and with that upcoming period fast approaching whereby consumers hold off in anticipation for what’s next, don’t be too shocked if Apple decides to throw out quite a few more 5s-specific ads over the coming months.

Smartphones and tablets are, to varying degrees, regarded as consumption devices, with many users spending vast quantities of time gaming, watching movies, and generally frittering their time away. But Apple, along with other purveyors of such gadgets, endeavor to show that these tools are also beneficial when trying to create new content, ideas and actions, and this particular advertisement is a prime example.

As well as rolling out a new video, Apple has also added a special landing page on its official site, which shows off the film itself as well as pointing interested parties in the direction of the software used during the 90-second clip.

What do you think of the Powerful ad? Share your thoughts with us.