Recently, we stumbled upon a very nifty app for Android called Photobooth, and from its name, its pretty much self-explanatory what it does, and it does in a very swift fashion. 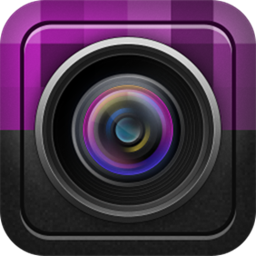 Photobooth for Android, developed by ClarkLab, is one of many apps available in the Android Market which takes photos and lets you share them with others in a single tap. What makes Photobooth different from all such other apps available on the Market is, however, the ability to put together three photos in a defined format (ascending or descending) and save them in a film-strip-like format – photostrip, as the developer calls it – just like how a real photo booth does, but done in a much more neater manner. The best thing about Photobooth is however; all three photos are saved as a single file, instead of separate ones.

Photobooth can combine several photos into a single file for easy sharing.

Photobooth is a utility for joining multiple photos together into a single image for easy sharing online. You can import photos from the gallery or capture new pictures directly from the camera to create a custom photostrip in just seconds.

The UI is very easy to understand and very, very clean; the first time you launch the app, you are greeted with a screen with a wide variety of options to choose from, ranging from the source of the photos, to their format, the size and the order in which the photos are arranged. You can either use existing photos from the Gallery to be transformed into a photostrip, or you can take photos using your device’s built-in camera. The app’s interface is quite minimal and there are no hidden features waiting to be discovered, everything is front and center. 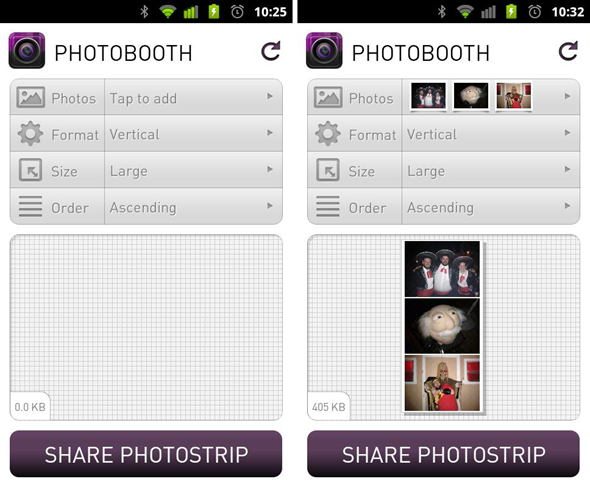 Unfortunately, it comes with it’s shares of flaws as well; there are no built-in effects and the app does not have the ability to add captions to your photos, something which will prove to be a huge turn-off for a lot of users, but we’re hoping that a future update from the developers would add said features.

Sharing photos from Photobooth with others is a breeze, you can either share them via Facebook, Twitter, Gmail or any other third party service, as mentioned in the app’s description. 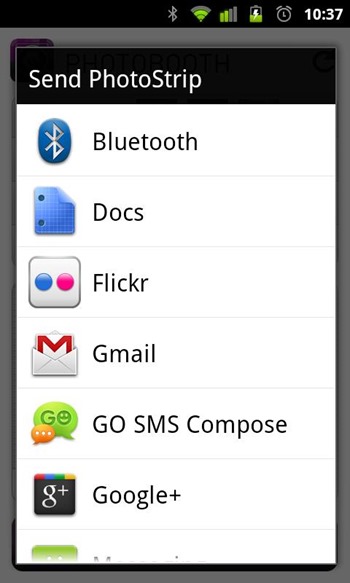 We have tested the app on our Samsung Galaxy S II and we can confirm that the app does work as advertised, and the developers themselves were very keen on letting users know what the app does and does not do. We highly recommend that you take the app for a spin on your Android device. You’ll definitely spend some hours cutting through your creative side. Carrying a very keen price tag of free, its definitely worth checking out.

if you’re more like me, and love to tinker around with your photos before unleashing them to the world, then we would prefer Flickr for Android as a better choice over Photobooth. But then again, you won’t get the fun factor with Flickr which Photobooth provides.