Philips today announced a new addition to its line of Hue bulbs for the smart home. The new smart light, called the Philips Hue E14 candle light bulb, is being advertised as a decor-friendly alternative, especially for usage scenarios where milder lighting is needed, which may include, as the company itself notes in a press release, bedside table lamps and candle-lit dinners, so to speak.

Nothing like smart bulbs to set the mood for new-age romance. 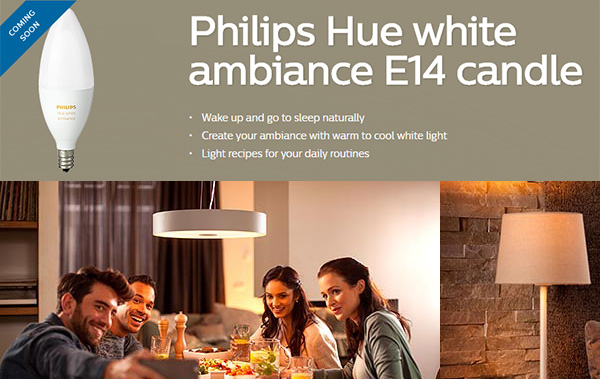 The smart bulb, like others in the product range, will have both color and white ambiance variants, offering 16 million colors and more than 50,000 shades of white light.

With a 6W rating and a B39 form factor, it is capable of an output of 470 lumen at 4000 kelvin. The Dutch company’s decision to begin delivering the new SKU comes, the press release claims, after it was found to be in high demand amongst Hue customers.

“The candle has been one of the most requested products by Philips Hue customers. We’ve spent time ensuring it is of the highest quality and available in both white ambiance and white and color ambiance. It is an important next step to ensure seamless integration in all rooms, giving you the freedom to personalize lighting throughout your home,” says Sridhar Kumaraswamy, Business Leader Connected Home Systems at Philips Lighting.

Philips Hue candle will be priced at EUR 34.95 (~38 USD) when it becomes available for purchase in Europe by the end of April and later in the year within the United States. Product pages for both variants of the bulb are already live over at the official meethue.com website. 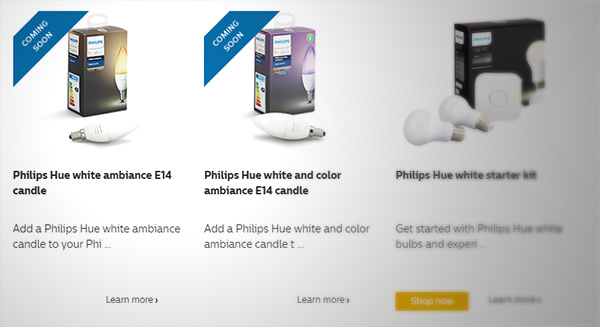 Philips’ Hue line is often included in home automation starter kits, and for good reason. The range is compatible with over 600 IoT apps and, with the inclusion of this new SKU, will cover over 80% of light fittings the average house. Will you be ordering a set for your home?