It’s now so close we can taste it, and as the hours tick down to this year’s WWDC event, we’re starting to get more of an idea about what Apple will be announcing at the event.

With the smart money very much being on a beta release of iOS 8 following an on-stage demonstration of the iPhone and iPad operating system, pundits had been split on whether the Mac would also receive any love. Mavericks, or OS X 10.9 as it’s also known, has only been around for a few months but that doesn’t mean that Apple isn’t hard at work on its successor. Today we received the biggest indication yet that Apple would at least give OS X 10.10 some time at WWDC 2014, after a large banner was erected showing the iconic ‘X’ logo that is now synonymous with Apple’s Mac operating system. 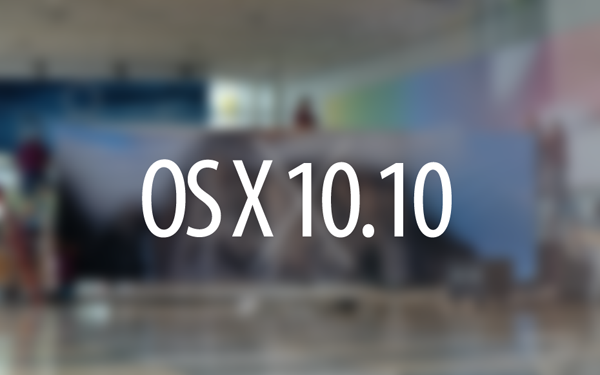 The banner in question features that large ‘X’ in front of what appears to be the El Capitan rock formation in the Yosemite national park. Interestingly, both the Yosemite and El Cap names have recently been part of a batch of names to be trademarked by the Cupertino outfit. With the Mac software now being named after locations and landmarks rather than the old big cat convention, either of those two names could well be what Apple has gone for this time around.

WWDC 2014 kicks off on Monday, June 2nd at 10am Pacific Time, which we’ll cover in its entirety, so we certainly don’t have to wait too long before all the questions are answered to their fullest. We’re particularly interested to see what Apple does with iOS 8, but with OS X 10.10 expected to take some design cues from iOS this year, we’re also keen to see what that looks like.

It looks increasingly likely that Apple will give us a glimpse at what both the Mac and iOS software will look like next week, and that’s got us even more excited than we already were. And we’re certain that you are too!