Gesture-based interaction is on the rise, and as well as the more common, touch screen-based gestures, engineers have long since been looking at other ways for us to communicate with our digital devices using swipes, taps, and other such movements. Kinect is a prime example of this advancement in action at end user level, and now, a group of individuals from Sweden have come up with something equally cool for iPhone. The Fuffr case – yes, that’s its actual name – utilizes the space around the iPhone when the device is laid flat, and with the potential to move all of an app or game’s controls away from the screen, could revolutionize the way we use our mobile devices in general. Think of it as Leap Motion, except for iPhone!

At this point, it is important not to get too carried away. After all, we see potentially ground-breaking technology demoed almost every month before disappearing into the abyss with all of tech’s other could-have-beens. But there’s something exciting about the Fuffr in that it reminds us of several iPhone concepts that would beam infra-red keyboards alongside the device, allowing a user to type by touching the immediate area around the handset rather than tapping on the display. 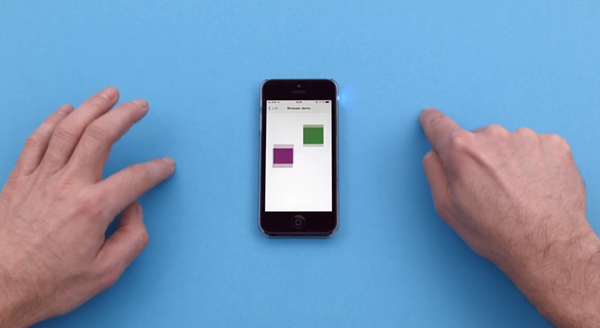 The Fuffr essentially brings this cool idea to reality, and by the look of things, is not at all limited in what it could be able to do. From meticulously gesturing your way through those darned pipes on Flappy Bird to adjusting certain aspects of the sound on your favorite DJ-ing app, the Fuffr case has great potential, and although we’re slightly skeptical given how its creators are keeping quiet about how the technology works, we are nonetheless excited. 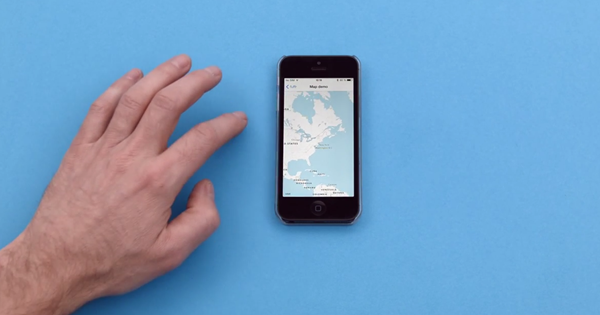 From what we’ve learned, the case contains sensors, and hooks up to your device via Bluetooth LE, rather than – as one may have presumed – utilizing any of the sensors included inside the device itself.

As yet, there’s no word on when the Fuffr case will release, nor how much it will cost to the consumer when it does, but as you’ll see from the video below, it’s a very exciting little peripheral, and if it does make it to market, we’ll definitely be stumping up the cash to secure a unit.

For more details on the case, point your browser to: Fuffr.com