Early last month, jailbreak developer Evan Swick took the wraps of OS Experience, an intriguing tweak that purported to offer true, windowed multitasking on iPad akin to OS X. Now, said tweak has just been made available to the general public, and below, we’ve all the necessary details.

Apple likes to push the iPad as a "post-PC" device, but whilst it has gotten considerably more powerful through the last few generations, it’s still lacking in some of the core features to which we’ve become accustomed on traditional set-ups. As advanced a platform as iOS may be, it’s still lacking in some of the bare basics that pro users require for optimal productivity, but while there appears to be no sign of  multi-window support any time soon at stock level, the jailbreak community is always in search of ways to push things forward. 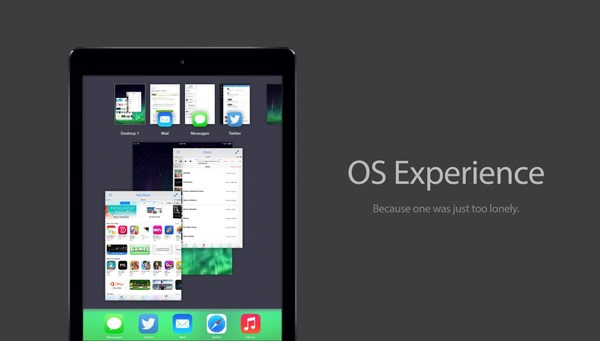 Evan Swick’s OS Experience tweak is one of the best we’ve seen this side of the Evasion7 release, and with a revamped multitasking switcher that also offers live previews of open apps, it’s very much à la OS X. You can readily have a webpage open in one window, for example, while making notes in another window alongside, and what’s particularly striking about OS Experience is its general fluidity.

Like any good tweak, it feels and runs like a native feature, and if you’re a power user of the Apple tablet, I can say, almost for certain, that OS Experience will change your life.

As Swick revealed to us back in April when the tweak was initially teased, OS Experience costs $9.99, and is available to download over at the BigBoss repository right now.