In a move that came a little out of the blue for us, OnLive has announced that it will be launching a new app for the iPad which will allow users to stream an entire Windows 7 desktop experience to their tablet.

Set to be made available on Thursday the 12th, OnLive Desktop will offer a desktop experience on an iPad, with Android and Windows/Mac clients also in the works for release at a later date. 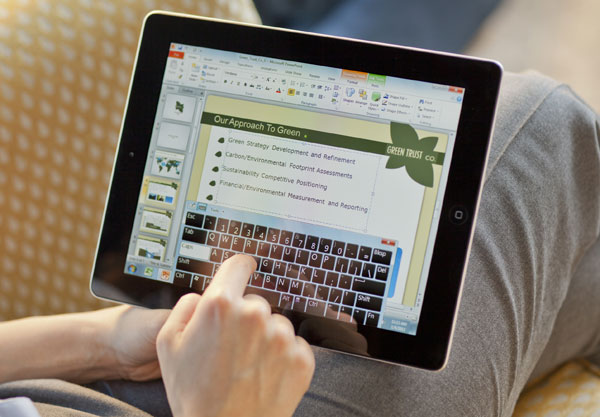 OnLive Desktop will use the same streaming technology and server farms that the company’s current gaming service uses, with the huge amount of computing power involved rarely fully utilized for gaming. With so much spare power, OnLive sees offering this new desktop streaming services almost as a way of getting its money’s worth out of all that equipment!

The new OnLive Desktop comes in various flavors, with a free version being available for those who don’t need a premium service. Users of the free version will receive 2GB of online cloud storage, with a limited suite of office applications available to them.

Those wishing to pay will also be given the option, with a $10 a month subscription getting them 50GB of storage, priority server access (during peak times users of the free service may find themselves waiting for a slot) and addition applications. 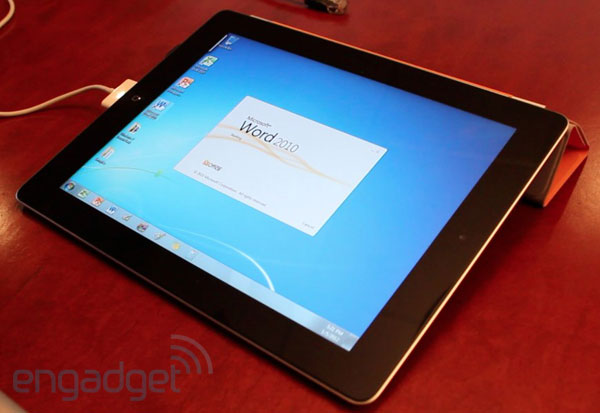 A third option dubbed "OnLive Enterprise" will allow companies to build their own package, allowing available application to be taylor made for their individual requirements. Perfect if your company has a unique set of applications that it needs access to, for example.

When running, the iPad almost appears to be running Windows 7, with the Start Menu, Recycle Bin and all the usual Windows bits and pieces in attendance. From the videos we’ve seen, responsiveness looks to be on a par with OnLive’s gaming services, which is to say it is more than good enough assuming you have a decent internet connection behind you.

We’ll be giving OnLive Desktop a whirl come Thursday – who isn’t looking forward to being able to have Microsoft Office grace their Apple iPad? No?