Although we’re still unsure as to just when exactly the Samsung Galaxy S5 will hit the market, new details are being uncovered by the day. Only a short while ago, we got to see the capabilities of the handset’s new-and-improved 16-megapixel rear-facing shooter, which followed an earlier, albeit unofficial demo of the very impressive 4K video capturing. Today, we can, for the first time, take a look some of the Galaxy S5’s official accessories, with images having emerged of cases and covers that Samsung allegedly will retail alongside its forthcoming flagship.

As well as wanting to protect their latest digital acquisition, there’s perhaps even more of an incentive for Galaxy S5 users to invest in a protective case than usual. The rear cover, which features an indented, dotted finish, has drawn quite a bit of mockery, particularly the gold model, which has been compared to a plaster / band aid. If you’re still completely sold on Samsung’s new humdinger but not so crazy about its appearance, then the range of official cases, which you can check out below, will certainly be of some interest to you. 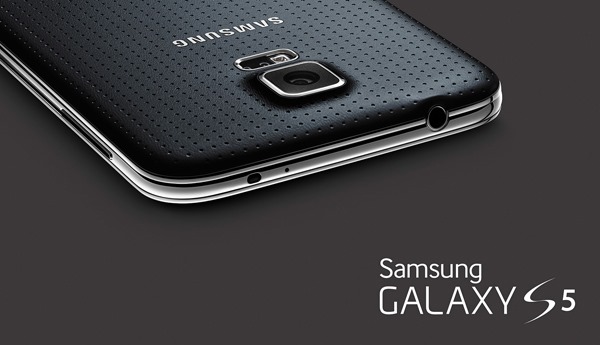 The images, which have emerged courtesy of MobileFun, are by no means confirmed, but they look legitimate enough. 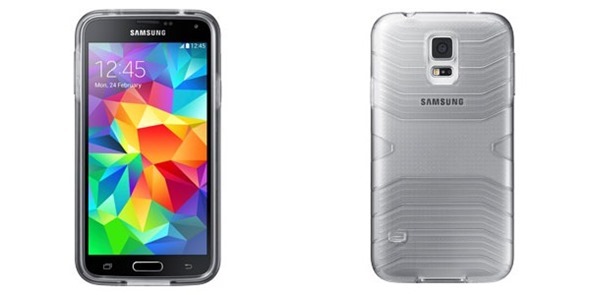 For the practical-minded folk, Samsung will be laying on the robust, hardened plastic shell known as the Protective Hard Case Cover Plus, at a cost of 25 Euros.

Also showcased is the S View Wireless Charging Cover, which, as the name implies, plays nice with wireless charging while also including a cut-out (that’ll be the ‘S View’ bit), which allows you to check important info at-a-glance even when the front cover is closed. At 67 Euros, it’s not cheap, although if you’re happy to forgo the wireless charging functionality, then you can pay 55 Euros for the alternative, basic version.

Finally, the Flip Wallet Cover includes handy storage for your credit cards and such, providing a wallet replacement for the sum of 37 Euros.

These cases might be on the expensive side, but considering that the Galaxy S5 will likely set you back $800 or more, it’s definitely worth getting a strong, official case right from the manufacturer.

We expect this range to be available to Galaxy S5 owners from the get-go, and we’ll keep you updated on any relevant info related to the device’s release.