The official Man of Steel game has just arrived for iPhone, iPad and iPod touch devices, and as any big fans of the superhero flick will vouch, this is quite a big deal. There have been several apps and games already released for both Android and iOS in anticipation for the movie, which hits cinemas worldwide today, but nothing beats the official game. Details and download link can be found right after the break!

Superhero flicks have enjoyed great successes over the past few years, and the hype surrounding Man of Steel is reflective of that. Famed composer Hans Zimmer is in charge of the music for what looks set to be another box office smash hit, and if you’re looking for something to supplement your excitement for the film, the Man of Steel official game would seem the perfect accompaniment. 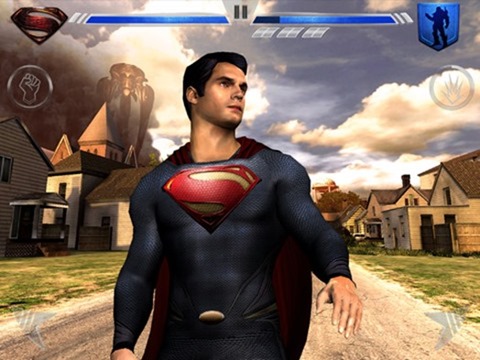 Served up by Warner Bros., the title offers pretty standard superhero fare, with plenty of action, combat, bosses and comic book scenes making for a nice all-round experience. The visuals, as we’ve come to expect nowadays of our mobile devices, are tip-top, and should keep you occupied whether you’ve seen the motion picture or are waiting for the weekend to hit your local cinema. 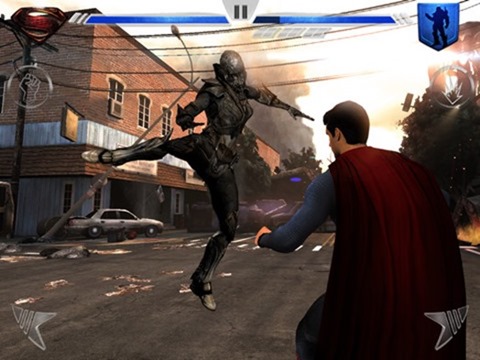 Costing $4.99, it’s certainly reasonably priced, but if you wish to top up on XP or extra keys via in-app purchases (a "fortress" of keys costs a cool $99.99), you may find yourself paying out quite a lot if you don’t have the patience to play the long game and complete the title without a little help.

At this point, Man of Steel is only available at the App Store, so currently, only iOS device owners can get their fix. The corresponding Android version is scheduled to hit the Google Play Store at some point in the next 24 hours or so, and we’ll be sure to update this post accordingly when it does become available. 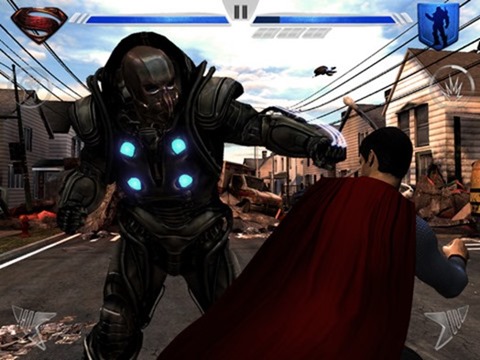 I’ve been playing it for about half an hour on an iPad, and it’s certainly an experience to be held in high a regard as the movie itself. Download it via the link provided, and do leave your thoughts and comments below.