Google services and the Android mobile platform are in tune with one another, and as you might expect, the system does an extremely good job at pulling in information from any associated Google account and making that information available throughout system. Nothing is as easy as it should be with all Android devices, and in some instances manufacturers go solo with their bundled software, often overwriting native Google apps or burying certain frequently used apps in layers of settings. For those who want the official Google Calendar experience, it is now available to download on the Play Store.

The Calendar app isn’t ground-breaking or anything really new that we haven’t already seen, after all, it’s the same software that you would experience on using certain hardware or using a device with an unmodified version of the Android operating system on it. It does however allow users of devices that had the calendar app replaced and are wishing to revert to the familiar Google Calendar experience. Rather than shipping with Android as part of the device, this creation is a bundled version of the same software and available as a free of charge installation from the Play Store.

The Calendar comes with all of the power and functionality that you would expect from a dedicated productivity based app of this type. Users will have the ability to create, edit and delete events in their schedule as well as viewing multiple calendars at the same time that have been imported from various associated Google accounts. Additional non-Google calendars can also be viewed from within the app. Support for emailing has also been included within the notification system of the calendar app, with users being able to interact with all guests of a particular event. 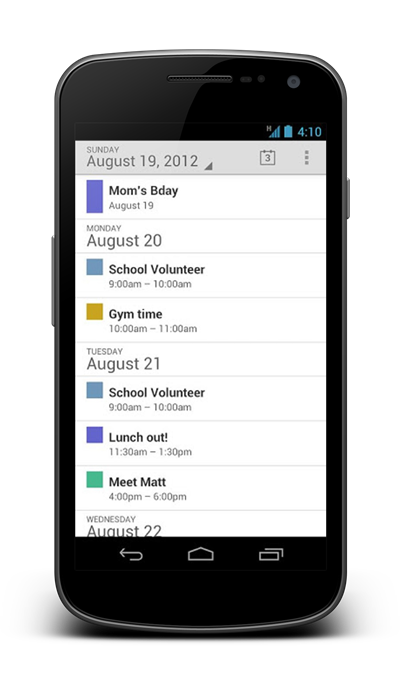 Google has also bundled in certain pinch-based gestures to drill down into additional details, as well as adding an easy method of changing the time zone of the home location to handle changes more effectively. The official app is available now from the Play Store for devices running Android 4.0.3 and above. 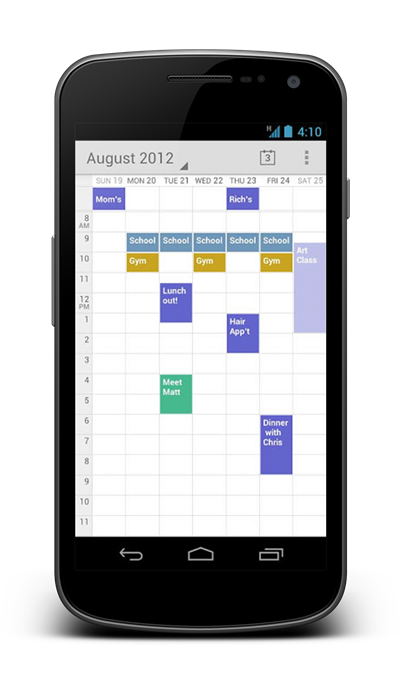 (Source: Google Calendar for Android on the Play Store)