Microsoft hasn’t made any secret of the fact that it is looking to add support for Facebook as part of the company’s efforts to bring native and universal Messenger, Instagram, and other Facebook apps to the Windows 10 platform. In fact, the software giant took the opportunity during its Surface event in October 2015 to confirm that work on the apps was already underway. All has been quiet on that front over the last few months. Until now that is, thanks to a number of leaked screenshots and a video of Facebook Messenger for Windows 10.

The Microsoft event in the final quarter of 2015 confirmed that the apps that Facebook is actively working on for Windows 10 would be native experiences, and offered on a universal basis to hopefully one day support the plethora of device types that support and run Microsoft’s latest operating system. Today’s leak gives Windows 10 users an idea of exactly what is coming, at least from a Facebook Messenger perspective, and should definitely raise some excitement levels amongst those avid Facebook users who have been waiting for a native experience on Windows 10 rather than having to continually fall back to the web version of the platform. 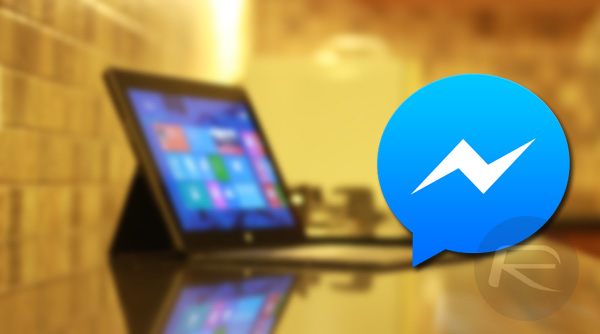 As you might expect, there are no immediate surprises from a user-interface and visual perspective. The screenshots show a Messenger experience that has the extremely familiar log in interface, consisting of a very plain, white background adorned with the Messenger icon above the text fields.

Once you progress pass that stage, the chat interface is pretty much exactly as you’d expect as well. In terms of features, it looks as though Windows 10 owners will have the ability to receive message notifications, use Live Tiles to view waiting messages, as well as send messages with integrated payloads, such as videos, images, and GIFs. 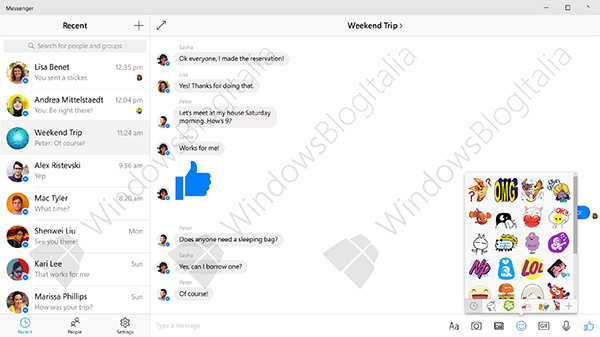 A complete, but brief list of the features available as per the source, are as follows:

The list gives us a fairly good understanding of what to expect of official Facebook Messenger app on Windows 10. Interestingly, the app itself is being billed as “universal”, but it looks as though it will only initially support desktops and tablets with a view to introducing support for additional devices down the line. Facebook has also reached out to confirm that the leaked images and video are indeed genuine, and that it has been “testing Messenger for Windows 10 to a small percentage of people in a few countries”.

That’s all well and good for Windows 10 owners, but how about some additional information on the Messenger for Mac leak that we were privy to back in January of this year? OS X owners need some love too, Facebook.

For now, check out the Facebook Messenger app in action on Windows 10 in the video embedded below.