NVIDIA has just raised the bar in the gaming world once again with the announcement of the TITAN X based on the company’s high-performance Pascal GPU architecture.

If PC-based gaming is your thing, and you were blown away by the recently released GTX 1080 that dramatically outperformed last year’s $999 TITAN X, then you’re going to be staggered by what NVIDIA has brought to the table with this latest $1,200 TITAN X model, dubbed “The Ultimate” and brought to life thanks to an Internet bet between NVIDIA’s CEO and its top hardware engineer. 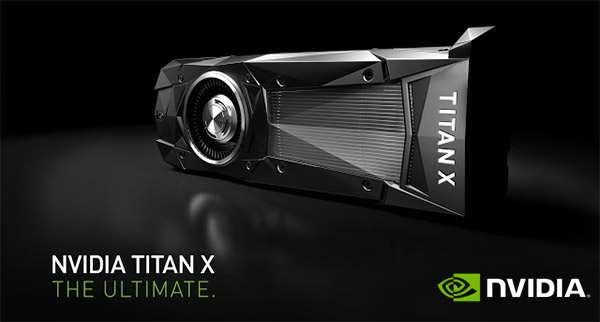 If you were impressed with last year’s TITAN X, but hardly blown away by it, don’t be fooled into thinking that the chosen naming convention is representative of performance. It’s not. After NVIDIA hardware engineer Brian Kelleher bet CEO Jen-Hsun Huang that they could get more than 10 teraflops of computing performance from a single-chip the idea for this $1,200 monster came into reality.

The result of that bet is the NVIDIA TITAN X, which is not only the biggest GPU ever built, but also packs in a record-breaking 3,584 CUDA cores. Not only did Kelleher deliver on the bet, but it looks as though the desired performance was actually exceeded.

The new TITAN X may cost an eye-watering $1,200, $201 up from last year’s $999 TITAN X, and significantly more than the recently released $599 GTX 10180, but it comes with the numbers and specification that far exceeds its price-tag. The hardware ships with 12 billion transistors, 3,584 CUDA cores at 1.53GHz, and an impressive 12GB of internal GDDR5X memory.

Those numbers would be impressive enough, but there’s more. On top of the internal architecture that breaks records, there’s also high performance engineering for “maximum overclocking”, which all results in a level of performance that has been elevated by up to 60-percent on last year’s TITAN X model. Breaking down the specs, this is what we are looking at:

More information about “The Ultimate”, including the official announcement and some additional technical information can be found over at NVIDIA. Did they go too far in creating this monster on the back of a bet? We really don’t think so.