Finnish telecommunications giant Nokia is reportedly prepping a bunch of new Lumia Windows Phone 8 devices this year, according to a report TheVerge, whom Nokia is also said to have revealed plans to opt for a delectable aluminum body for at least one of the higher-end models. Currently codenamed Catwalk, it will also take on a thinner and lighter form factor than the current flagship – the Lumia 920.

The Catwalk is thought to be one of two new devices headed for release at some point this year, and will allow Nokia to compete with the likes of Apple’s iPhone in the size and weight departments.

Windows Phone 8 has been paid plenty of compliments by those who’ve encountered it thus far, but current and oft long-time Android and iOS users may be a little tentative in taking a leap of faith to what is still a fledgling operating system – whether one takes Windows Phone 7.x into account or not.

If you are indeed an iOS / Android user and looking for something different, yet curious as to whether WP8 can truly fit the bill, we’ll be your guinea pigs for that particular experiment! Nokia has been kind enough to provide Redmond Pie with a Windows Phone 8 device, and as a smartphone user reliant on both iOS and Android day-to-day, I will be ditching the iPhone, forgetting about the Android, and try to get by without the luxuries of the Google Play and App Stores. Stay tuned for more information. 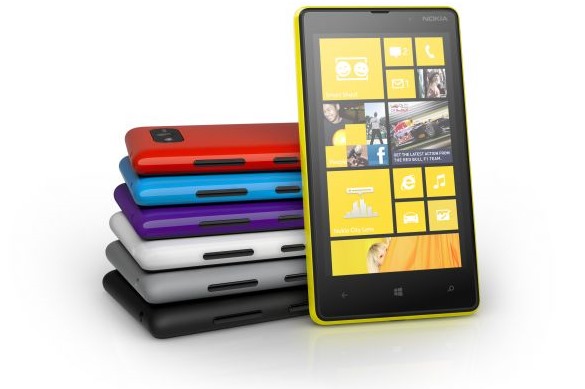 In the meantime, the prospect of a sleeker, thinner, and higher quality-of-build device succeeding the Lumia 920 would certainly help to throw a little more weight behind both Nokia and Windows Phone 8 alike. There’s little doubt the Lumia 920 is the most gorgeous WP8 handset currently available, but even though the polycarbonate exterior is, well.. a bit more shiny plastic than we’d perhaps have liked, an aluminum body would certainly raise the stakes.

Incidentally, Samsung’s first Windows Phone 8 offering – the ATIV S – also offers an (albeit faux) eye-catching, brushed-metal look, and it’s one that seems to be popular. Nokia has deep roots in bringing high-quality, metal-encased devices to market, and one can only hope the rumored offering lives up to its billing.