After weeks and weeks of almost blind speculation, Nokia has finally taken the wraps off its Lumia 920 Windows Phone 8 device, which will no doubt serve as the company’s flagship smartphone. With Microsoft allowing vendors to really push the hardware boundaries with Windows Phone 8, the Finnish outfit certainly hasn’t disappointed with the 920.

An upgrade of the critically-acclaimed Lumia 900, it features a beautiful 4.5-inch display, and although the design looks almost identical to that of its predecessor, that’s most definitely to the advantage of the consumers, for the previous offering was easily among the most aesthetically-pleasing on the market.

Aside from the physical, it’s certainly gotten an impressive hardware bump, now packing in a 1.5GHz Qualcomm Snapdragon S4 dual-core processor to keep things ticking over, as well as a 2,000mAh battery, and 4G LTE connectivity for blazing fast download and upload speeds. Interestingly, it will also support wireless charging with Qi standard, and is one of the first "big" smartphone releases to do so. Whether the market is ready to adopt wireless charging technology remains to be seen, but it’s a step in the right direction, and will undoubtedly push the profile of the Lumia range and Windows Phone alike. 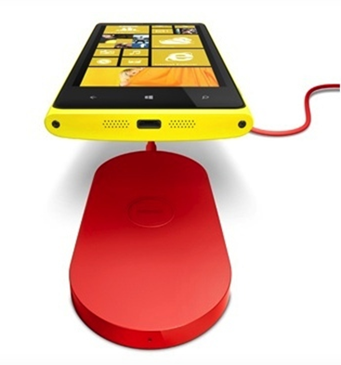 Speaking of Windows Phone, it’ll be among the first devices to run Microsoft’s Windows Phone 8 operating system, and packs in all the juicy features the Redmond company showcased earlier this year, including Live Tiles, Internet Explorer 10, and turn-by-turn navigation through Nokia’s very own Maps service. Speaking of maps, Nokia Maps are now an integral part of the Windows Phone 8 ecosystem, so you can rest assured that you will be blessed with Nokia’s high-quality turn-by-turn navigation which we’ve come to love.

The new Nokia Lumia 920 display is being painted as the "Pure Motion HD+," and will complement snaps taken on the "PureView" 8.7 megapixel snapper at the rear of the device, with optics courtesy of Carl Zeiss. Shown off by detail by Nokia, it is dubbed as the best camera ever seen on a mobile device, we’re yet to put that claim to the test. Even in low light conditions, the 8.7MP snapper makes sure that you get the best ever photos you can imagine, and the shutter stays open for a longer period of time so your photos don’t come out dull. Nokia’s calling its new display the "best smartphone display innovation" its has ever made, and although the resolution isn’t particularly game-changing at 1280×768, it will offer a great viewing experience thanks to fast refresh rates. Now here comes the fun part of the display, if you’re living in an area which is freezing cold and you’re bound to wear gloves then worry not, as the Lumia 920’s screen is operation even if you’re wearing gloves. Pretty neat. 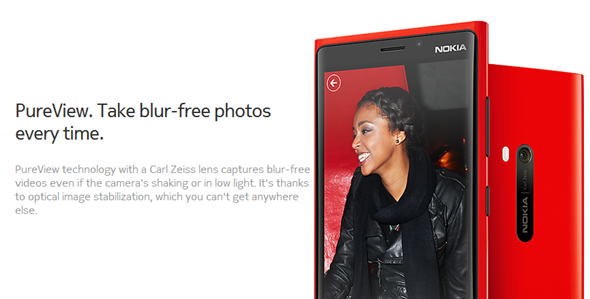 Coming towards the software end, Nokia is bundling the Lumia with Nokia Music, which allows you to stream and download unlimited music for a very amazing price of free. Yes, free. You can rest assured that the Lumia 920 will be the smartphone to jump onto if you’re craving for some music on the go.

Taking screenshots has finally been added to the list of features in Windows Phone 8 – an implement which was strangely missing from Windows Phone 7.x, while images taken in full high res can be uploaded straight to SkyDrive from Windows Phone 8. Microsoft has placed a lot of emphasis on Windows 8’s "Cloud OS" credentials, and third-party apps will also be able to include the seamless uploading feature.

Apart from the usual bits and pieces, the Lumia 920 comes equipped with NFC for sharing content, or more specifically, using the device as your digital wallet for making payments. More functionality is yet to be revealed in the days to come.

The Lumia 920 will arrive in yellow, red, white, gray, and black, modeled in the familiar polycarbonate uni-body.

Pricing and availability will be added to this post as soon as it is revealed, so stay tuned!