Nike promised at their FuelBand SE launch event that their current FuelBand app will be getting a drastic makeover, and today, they’ve fulfilled that promised and have released the updated FuelBand app for iPhone, taking it to version 2.0. Accompanied with the update is the release of the brand new Nike+ Move app, which got stage time at the iPhone 5s event back in September. More details as well as direct download links can be found right here.

The new Nike+ FuelBand app works exactly as you’d expect. It syncs with your FuelBand accessory via Bluetooth and uploads all your day’s activity to Nike+ at a moment’s notice. But that’s not what the update is all about this time around. This new update brings full support for the new FuelBand SE, as well as adds support for some of the features of the new SE model to the older FuelBand 1.0 model.

The new FuelBand app comes with a brand new user-interface, and looks much more cleaner and performs far better than ever before. It carries all the features from the previous iteration of the app and takes things one step further in terms of design and functionality. 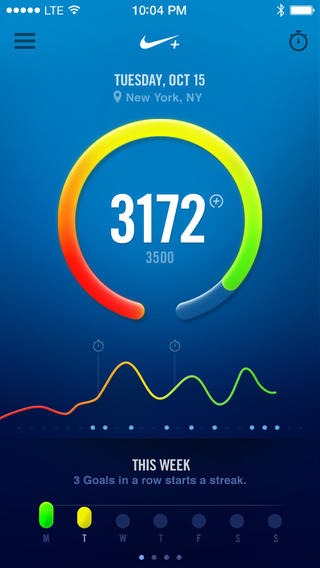 FuelBand for iPhone now comes with a slide-out navigation menu bar on the left, giving up its tabbed user-interface for good, and that’s the place where you’ll mostly be if you’re constantly keeping track of your activity from day to day. 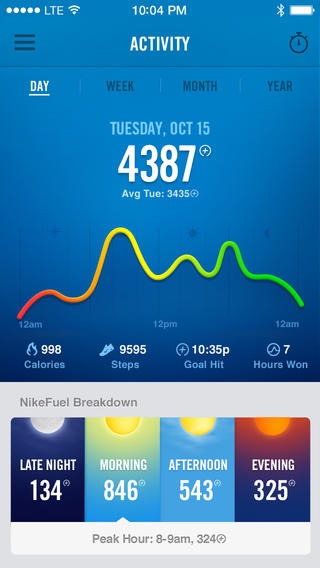 In the slide-out navigation menu you’ll find everything you’d expect. From your current daily activity to your workout sessions, your trophies that you’ve earned, social activity and much more. Like we said, it’s the place you’ll spend most of your time in.

But the FuelBand app is not the real star of the show here, in my opinion. It’s the Nike+ Move app for iPhone that really caught our attention.

First shown off by Apple at their iPhone 5s event, Move was the first app showcased by Apple which utilizes Apple’s new M7 coprocessor inside the device. And having taken the app for a spin in our backyard, we have to admit that Apple’s coprocessor is rather accurate in tracking activity. 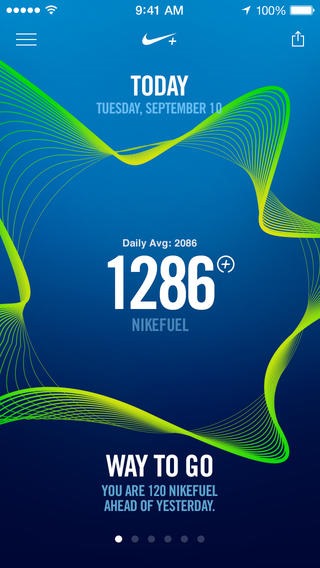 The app’s aim is simple: it converts all your activity into NikeFuel; that includes walking, running, slipping and sliding and obviously not swimming. You don’t want to take Apple’s new flagship inside a pool, would you? Obviously not. 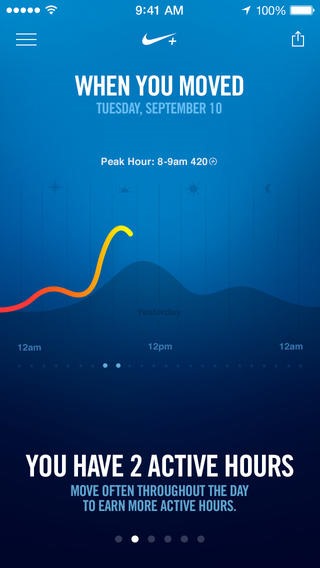 Nike+ Move constantly runs in the background, and since it uses the M7 coprocessor for tracking activity, therefore it does not harm battery life at all. That’s a huge win.

Move utilizes Game Center to compare scores with people added to your list, or you can use Nike+ for the very same purpose. The choice is there, and there’s no harm in deciding which one you should go for. But we would stick to our Nike+ accounts until everyone else around the globe decides to get an iPhone 5s. 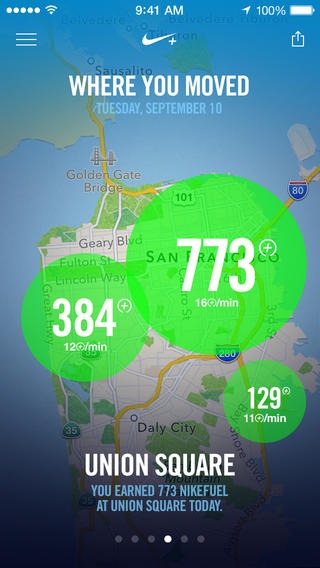 There are loads of features in both apps which will take ages to cover, and instead, we want you to try the apps out yourself. Keep in mind, Nike+ FuelBand app is useless if you don’t have the FuelBand accessory – which is a no-brainer – and according to app description on the App Store, the Nike+ Move app is exclusive to the iPhone 5s.

(Download: Nike+ FuelBand / Move for iPhone on the App Store)