This Is The New Nike+ FuelBand SE, Here Is Everything You Need To Know

Earlier on this month, we heard that Nike was planning a special event on October 15th to announce the details of its second-gen Nike+ FuelBand, and today, the world’s most famous seller of sports and fitness-wear has come through with the specifics. The new wristband, which is called the FuelBand SE, arrives in a multitude of different colors, and if you thought the first-gen model was pretty cool, well Nike has, in typical Nike fashion, just made things a little bit cooler.

May sound a little superficial, but it’s true. The unfortunate thing is that overall, the improvements with the FuelBand SE over the original are incremental at best. You can select between the colors of yellow, pink and red depending on your personal preference, although they are only small doses of color – the FuelBand SE is still predominantly black. 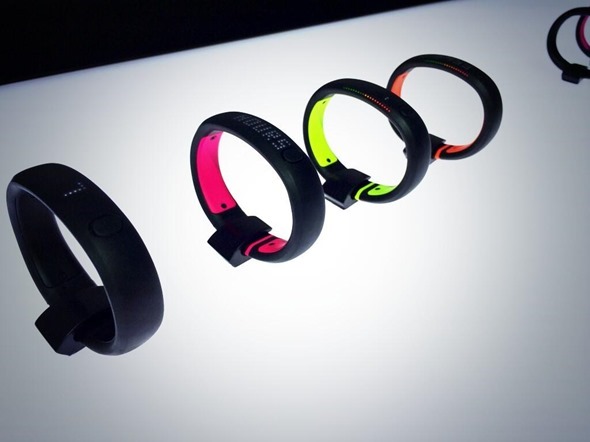 The display on the FuelBand SE remains the same, and the form factor is also largely unchanged. Considering Nike’s close ties to Apple, it would seem the company has pulled a similar move as the Cupertino did with the iPhone 5c by simply altering the outer shell of the iPhone 5 and touting it as a new device.

Apart from that, the new FuelBand has improved waterproof resistance over the first-gen FuelBand, and Nike claims it is far better sealed than the previous wristband. Furthermore, the new wristband is now Bluetooth 4.0 compatible, which means it is constantly connected with your device – an iPhone, in case you’re wondering.

Also, the FuelBand app has been given a bump too. It is now more cleaner, and looks more modern in terms of design. It’s now more easy to navigate, and social sharing features have been improved, and you can tag the type of event you underwent before sharing on different social networks. And yes, the app is still iOS exclusive – no Android support – in case you’re wondering, but those who don’t own an iOS device can use the Nike+ Windows and Mac apps to sync data to Nike+’s website. 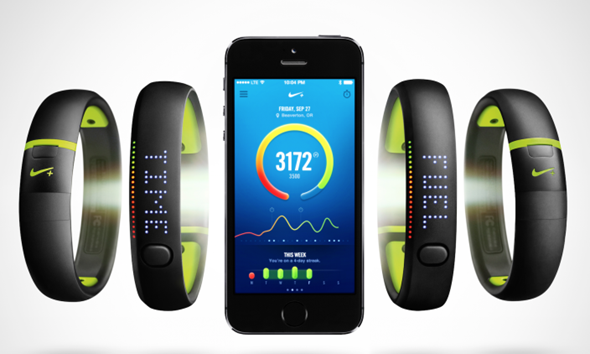 Also, there’s a new addition to the new FuelBand, it now tracks your sleep as well, unlike the original wristband, which is a big plus. And here’s something interesting: the new FuelBand is designed in a way that you can’t cheat to grab points. So yes, air boxing or just waving your hand won’t make you a winner with the FuelBand SE.

As ever, the new Nike product has arrived in a hail of glory over at its special New York City event, with a bunch of athletes from various different fields turning out to explain why the FuelBand line is so precious to them, and why consumers should go out and make the purchase. Included Victor Cruz, wide receiver for the New York Giants, as well as Shawn Johnson, the popular Olympic gymnastics competitor. 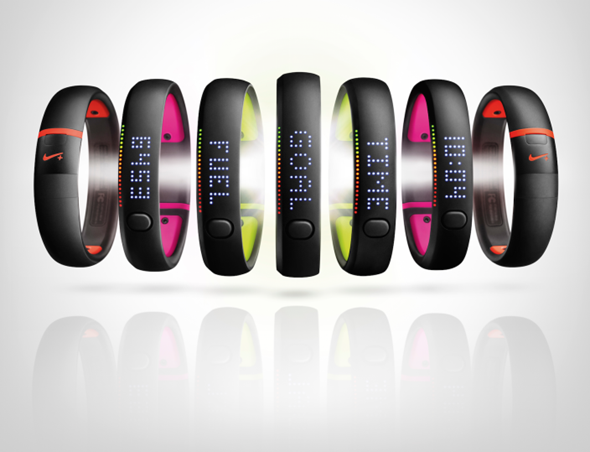 It’s a bit of a disappointment that Nike appears not to have put much effort into actually improving the FuelBand in any way, although it has to be said that given the popularity and relative usefulness of the first release, it wasn’t exactly in need of an overhaul.

Still, in the name of evolution, it would have been nice to see something of note, as opposed to just new colors. The FuelBand SE is still largely based upon Fuel Points, still works just as well at what it purports, and still looks cool. That’s the main reason people go out and buy it, right?

The new FuelBand SE, along with the updated app for iPhone along with Nike+ Move and Running apps, will be available on November 6th for a price of $149. Not a long wait, if you’re really into tracking your fitness and motivating yourself to do better.