Those folks over at Google seem determined to get their claws into our living rooms, and it’s becoming clear that the monumental failure of the Google TV initiative hasn’t dampened the company’s resolve. Rather than skulking off with its tail between its legs, Google is reported to be hard at work on bringing a new piece of kit to market that it hopes will continue its march towards its goal of having a presence in every aspect of our lives.

Dubbed Nexus TV and apparently on course to be launched as soon as the first half of 2014, the box has been rumored since July, when a report flying around that Google’s Andy Rubin had demonstrated the device to a select group of people behind closed doors at the Consumer Electronics Show in Las Vegas. The source that gave the information spoke of a Kinect-like sensor and integration with smartphones. 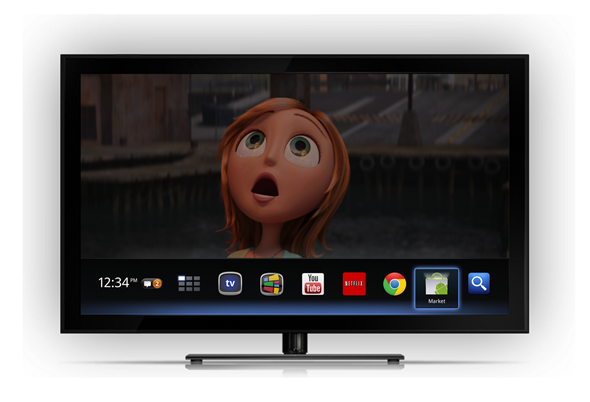 The latest claims don’t mention anything resembling Kinect, though talk of a special touchpad designed just for the Nexus TV may explain that. If Google has decided that motion control isn’t the way forward, a dedicated touchpad would make plenty of sense.

The box, assuming it is indeed real, would allow people to stream content from the internet like Netflix, Hulu and YouTube but would reportedly not feature the ability to show live content. This would mean that Google wouldn’t need to fight its way through all the red tape that is associated with television content companies, which is something that is quite possibly to blame for Apple’s own solution still not finding its way to market. Also, the new set-top box – if it ever sees the light of day – will also allow users to play games. There’s no information how gaming would be carried out though.

Google’s desire to get a foothold in the living room is no secret, and the company has been trying to do just that for some time now. Even with the Google TV failure out of the equation, Google has recently launched its Chromecast HDMI dongle that brings AirPlay-like features to Chrome and Android, and iOS as well. Oh, and there was the Nexus Q music orb that never actually got a release after Google realized that it was far too expensive for people to buy.

Whether Google’s Nexus TV is a success depends on the content it can display, and so far it seems to only really offer the same things as its competition already does. If Google could get live television in there somehow as well, then it would be onto a winner.

We won’t be holding our breath for that to happen though.