The iPhone has improved in a variety of ways over the last few years, and like most other smartphones on offer, the rear-facing camera has been treated to regular enhancement. A camera is a complex being, with many elements combining to offer the very best snap-shooting experience, and one of the areas OEMs have sought to crack is the camera’s ability to shoot in low lighting conditions. The iPhone 5 and subsequent 5s are far superior to any of their predecessors when there’s not much light around, but the Lightstrap Kickstarter project, which, to offer an analogy, is almost the lovechild of an iPhone case and a torch.

The start-up project consists of a sturdy case, and around the perimeter of the rear, you can set it to beam light in an assortment of light colorings and brightness settings. It offers an extremely bright glow for dark situations, allowing for more vivid shots, but if you’re just in need of a little atmospheric glow, you can tone things down a little using the button on the side of the peripheral. 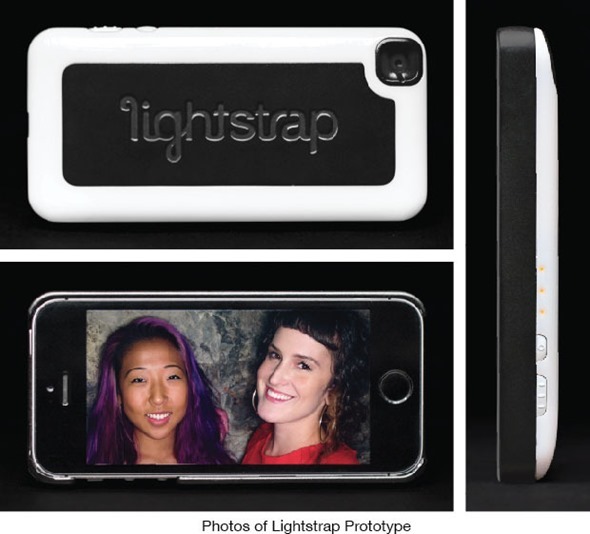 Of course, it’s not exactly a natural light, but at the same time, even the dual-LED flash of the iPhone 5s will only get you so far. The Lightstrap takes things to a new dimension, and as pointed out in the demonstration video, you could easily remove the cover and use it at a different angle if you wanted the lighting source to be in a separate position from where you’re taking the snap. 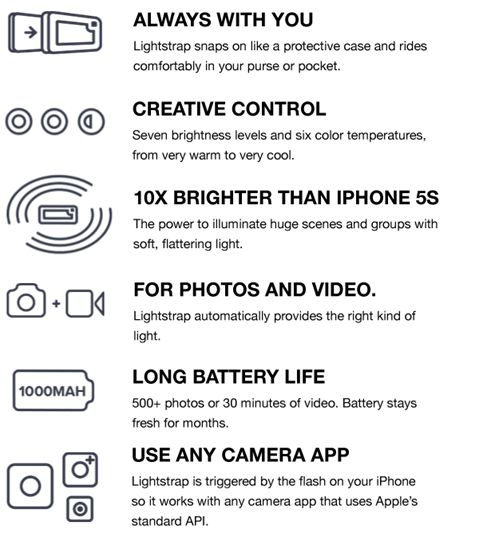 With just over one tenth of its $245,000 funding goal achieved and around four weeks until the campaign ends, the Lightstrap team certainly needs your help and support if you would like this project to see the light of day. Get it? Light of day? We know you do.

The early adopter package will get you you very own Lightstrap for $87, and considering that the vast majority of those on offer have already been snapped up by eager fans, you’ll need to act quickly if you wish to get the cheapest deal.

All in all, it’s a very good product, and with bloggers renowned for partying in dark places, I’ll definitely be grabbing one for myself!