Just when things seemed to have quietened down on the Nexus 5 front, it seems that we have just been treated to not only confirmation that a white version of the handset will be made available, but also an idea about when it will either be announced, or made available. Or perhaps both?

The Twitter account @evleaks is certainly one that appears to have connections in all the right places, and with a track record of leaking photos of unannounced smartphones that is currently unrivaled we’re inclined to believe just about anything it tweets. That’s why this latest Nexus 5 related tidbit has our attention well and truly piqued.

Posting on Twitter not that long ago, @evleaks appears to have all-but confirmed that a white Nexus 5 will be available at launch – something that took over half a year to happen with its predecessor, the Nexus 4. 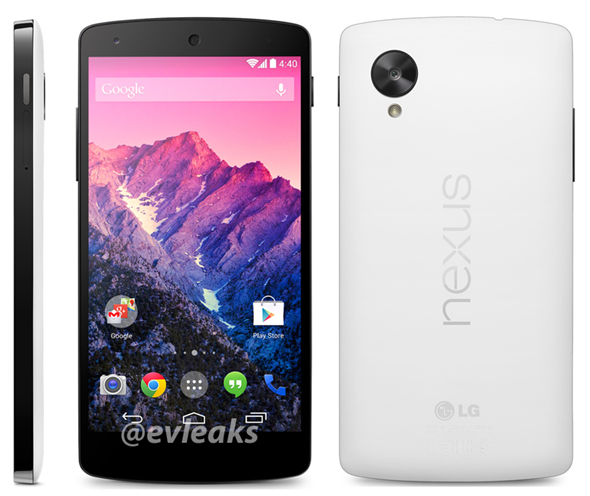 The tweet also mentions the date of November 1st, which leads us to believe that this is the date that we will either see the Nexus 5 released or announced. Unless Google and LG manage to have the smartphone available to for shipment on the same day, which we doubt somewhat.

Concrete news about the Nexus 5 is hard to come by, but there have been plenty of leaked photos, screenshots and videos that purport to show Google’s new Nexus phone. With Google and its hardware partner LG staying decidedly quiet though, we’ll just have to sit tight and see what happens over the next week or so.

Hopefully we’ll come out the other side with a new Nexus 5.

We’re also hoping that Google keeps its highly competitive Nexus pricing following the success of the scheme with the Nexus 4. Good value Nexus Android phones without being tied to a contract is great for everyone, except those pesky carriers perhaps.