The popular Google-branded LG Nexus 4 has been around for quite a while now, and while most high-end smartphones tend to launch in a dark and light combination (black and white, unless you’re thinking Samsung Galaxy), the Nexus 4 has only been available in black. LG has been prepping an accompanying white variant to broaden consumer choice, though, and now, the Korean company has just announced its availability.

As with all Nexus devices across the board, the Nexus 4 hits the sweet spot of relatively decent hardware inside a modestly-priced package. Its look may be somewhat no-frills compared with the likes of the iPhone 5, Lumia 925 and HTC One, but overall, it’s very good value for money. 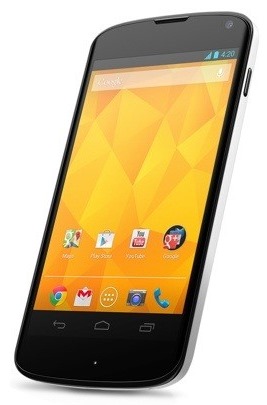 If the Nexus 4 has taken your fancy but you wanted a color that would stand out a little more, the white version will certainly do that. The only downside, if you could call it that, is that it’s not, strictly speaking, a white handset. In fact, it very much reminds me of the "white" iPhone 3GS, which was white on the back, but the front appeared the same as the black edition.

This, to some, may be an off-put. I personally think a truly white Nexus 4 would look rather nice, but the two-tone effect results in somewhat disappointing, half-baked effort.

Aside from the change in color, there are no discernible differences between the new white model and the original. You still get Android 4.2 Jelly Bean right off the bat, presented on that beautiful, full HD 4.7-inch IPS Plus display. At 320ppi, it’s a visual marvel, and with a Qualcomm Snapdragon S4 Pro processor and 2GB of RAM, it’s up there with the very smoothest contenders in the mobile device game. 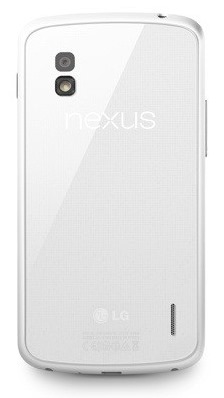 For those looking to get their hands on the white Nexus 4, it will launch in Hong Kong on May 29th, with a subsequent global rollout "in select markets" across Asia, North America, Europe and the Middle East thereafter. It would seem a certainty that the prices won’t change from what we’ve become accustomed to, but we’ll let you know should we hear otherwise.

What do you think – would a truly white Nexus 4 have been better or you’re better off what is already on offer? Do leave your thoughts via the usual mediums below!