Get A Free Galaxy S4 By Staring At One For An Hour, That’s Samsung’s Latest PR Stunt [VIDEO]

Samsung is known for its strange advertising campaigns. The maker of smartphones, tablets and just about anything else with a batter or a plug usually likes to poke fun at its competitors in TV ads for example. Even the company’s product announcements can be surreal affairs, but the latest stunt wins the prize for being plain old weird. Interested in knowing what it is? Check it out after the jump.

In Zurich, Switzerland, Samsung in association with Swisscom has been offering free Galaxy S4 handsets to anyone who can complete a theoretically simple challenge. In fact, it’s so simple we would possibly argue that the whole thing is ingenious. 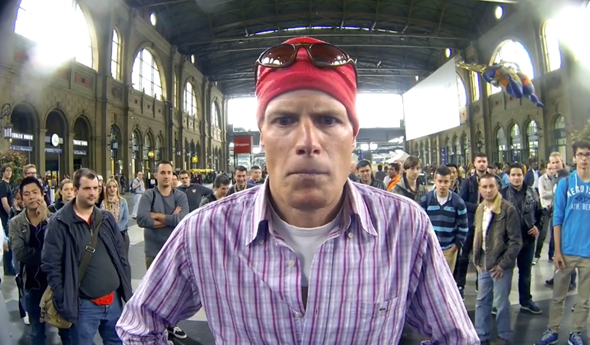 See, in order to get their hands on a free Galaxy S4, punters must stare at one of Samsung’s latest flagship phone for an entire hour without averting their gaze. All the while, we’re told, Samsung has all manner of things going on in the background with the aim of making the task as difficult as possible.

The reason for all this is to make everyone aware of Smart Pause, an eye-tracking feature which can tell when user looks away from screen. It can also pause a video when user is not looking at the screen. It’s also how the competition is judged. If the Galaxy S4 in question thinks the competitor has looked away, that’s the end of their try. 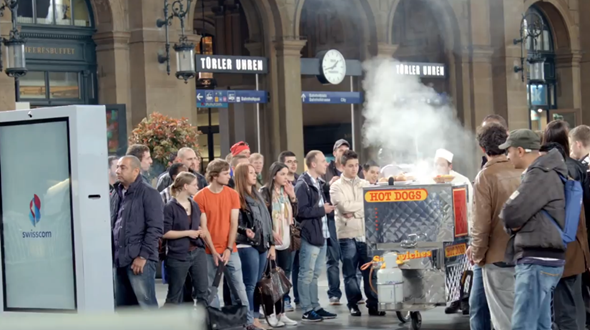 It’s actually quite clever, if a little strange, and if anyone does manage to last a full 60 minutes then a free premium smartphone isn’t a bad reward at all. Of course, the main aim of the game is to get people talking about the latest handset to have the Galaxy S logo emblazoned on its rear, and it’s certainly managed that.

To complete the advertising win for Samsung the company has released a video showing how things went down in Zurich. Cue lots of impossibly happy people in situations that look more staged than they should (hint: everyone you see recording the whole thing is holding a Samsung device). Yes we’re cynical, and no we don’t care. The video does show someone winning though, so we’ll take it at face value for now!

We do find ourselves wondering what the video was that people were supposed to watch, though. Hopefully something good!

If you were in Zurich at the time of competition, why not tell us if you’ve actually managed to go a whole hour to win the device? You know where to drop your thoughts.