Over the years, the eBay online marketplace has proved to be the home of some pretty obscure and often bizarre things which have been snapped up by users all over the world at some pretty insane prices. Although, any seasoned eBay member will more than likely be used to coming across something a little out of the ordinary, it’s often the high-end of rather unique technology listings that tickle our fancy. One of those items came only last week with a member attempting to sell an original and unboxed original iPhone for $10,000, and now we have seen an Xbox Durango development kit shift for a cool $20,100.

When you actually take the time to check out the auction page and see that it not only includes one small image of the purported Durango development kit, but only contains eight words as the main listing description, then parting with over $20,000 seems like a rather risky step to take. For those who may not know, the seller is claiming to be selling a Durango, an item that is effectively a powerful development kit of the next-gen Xbox console, which in this case looks just like an everyday black tower PC.

We have no real way of knowing whether the final buyer of the item has contacted the seller and had some private correspondence pertaining to the legitimate nature of the item on sale, but speaking purely from a personal point of view; there is no way I would be parting with over $20,000 of my own money for an item that isn’t entirely documented and showcased, with multiple images that verify its authenticity in some way. We can only hope that the buyer hasn’t been taken for a merry dance, but one of the interesting parts of this listing is that the eBay seller is listed as superdae, a name that is consistent with a person who has recently claimed to hold information about the Durango Kinect. 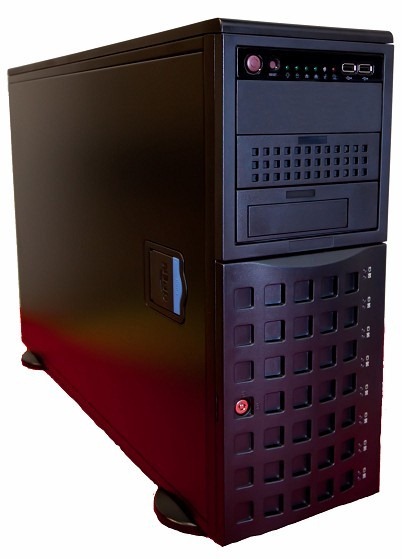 Apart from the lack of images and item information, as well as the fact that the seller has no feedback or transaction history whatsoever on eBay adds to suspicion on this listing, we shouldn’t rule out the possibility that this could actually be the real-deal and could potentially prove a real headache for Microsoft who will still be reeling from the leak of various builds of Windows 8 onto the web.