Unopened And Sealed First-Gen iPhone Hits eBay For A Cool $10,000

As I’m sitting here writing this with my iPhone 4S sitting by my side, it’s hard to get my head around the fact that in approximately four weeks time we will be welcoming the sixth-generation iPhone into the world. As somebody who has owned every iPhone since the original one which came out in 2007, it really doesn’t seem like it has been over five years since Apple introduced their first smartphone that would ultimately end up revolutionizing an entire industry and make way for the introduction of another game changer, the iPad.

Thanks to the current Apple vs. Samsung trial in California, we have recently become privy to the fact that the Cupertino giants actually started designing and planning the original iPhone back in 2004 as a way to put entertainment-based content onto a mobile device. As is usually the case with amazing products, it was born out of a company’s frustration with the lack of quality within the marketplace and their ambition to produce something that not only looked and felt better, but also performed better than what was currently available at that time. They succeeded. 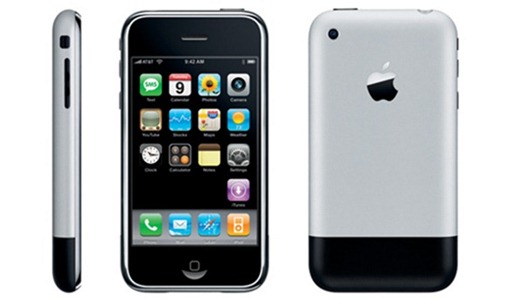 After three years of planning and pumping vital resources into Project Purple, the original iPhone was eventually released to the world during the Macworld convention in June of 2007, and the rest as they say is history. If you fell into the iPhone game at a later date and never managed to experience the device that paved the way for greatness, then you’re in luck as a rather enterprising eBay member is selling his original and unopened iPhone for a bargain price of, wait for it… $10,000. 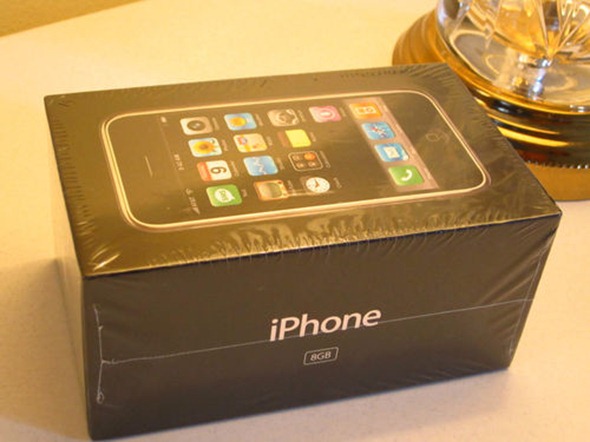 The eBay page doesn’t really give a lot of information about the device, instead choosing to allow the auction site to handle the intricacies with their generic product information. The seller has chosen to add a few of their own carefully crafted sentences in the hope of convincing us to part with our hard-earned pennies, such as describing the device as a “stunning rare collectors choice” and that by witnessing this auction we are “seeing a piece of history“. Regardless of the copious amounts of cheese applied to the listing and the over-exuberant use of the exclamation marks, the fact does remain that a large portion of us would love to get our hands on that item. 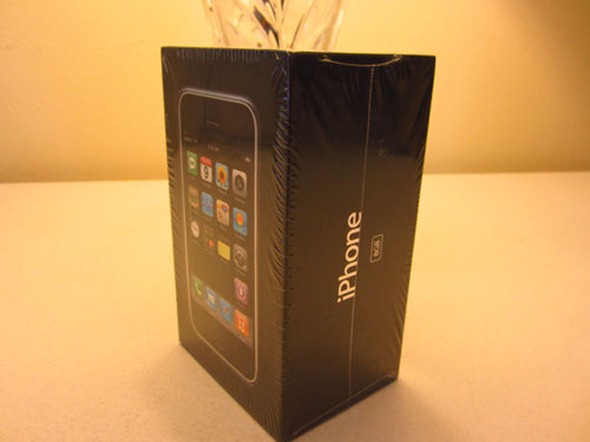 If you happen to have a spare drawer somewhere containing a cool $10,000 which you have forgotten about, then head on over to eBay safe in the knowledge you are purchasing a piece of Apple’s history from a 100% rated seller.