Images Of Next iPhone’s Motherboard Leaked, Hints At New Antenna

As we move closer to the middle of August, and approximately four weeks away from the date that is said to hold the Apple media event which will introduce the world to the next-generation iPhone, we still haven’t had any official word from the Cupertino giants that the event is taking place. Regardless of the lack of public interaction over the event, we stand firm in our belief that September 12th will be the day when we find out the official specifications and visuals of the new iPhone, with possible public availability being around September 21st.

As the event draws closer, and the days pass, we seem to see the emergence of more and more images and leaked photographs which claim to show different aspects of the new device. Piecing these individual elements together has allowed certain outlets to put together what would seem like a fairly accurate representation of what we should be expecting next month from Apple, but the surfacing of some additional images could add to that overall picture. We have already seen what we all believe to be the outer shell of the new device as well as various internal components, but now the new iPhone’s motherboard has surfaced. The external parts of the device are all well and good but the logic board is the heart and soul of the device. 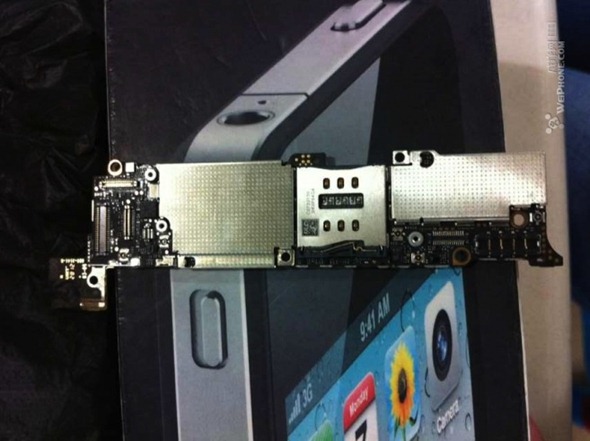 The component seems to be lacking the typical labeling which we would generally expect to see on a part of this nature, with some people thinking this could be due to the fact that it is a prototype version of the final production motherboard. To the average person, the logic board won’t really give away any secrets about what we should be expecting from the internals of the new iPhone, but those in the know suggest that the size of the SIM card slot is given away and looks noticeably smaller than the tray that ships with the iPhone 4 and 4S. Although most speculation has been centered around the major parts of the device, such as the aesthetics and possible processor, we have seen various reports suggesting that Apple is intending to make the move to a new nano-SIM card. 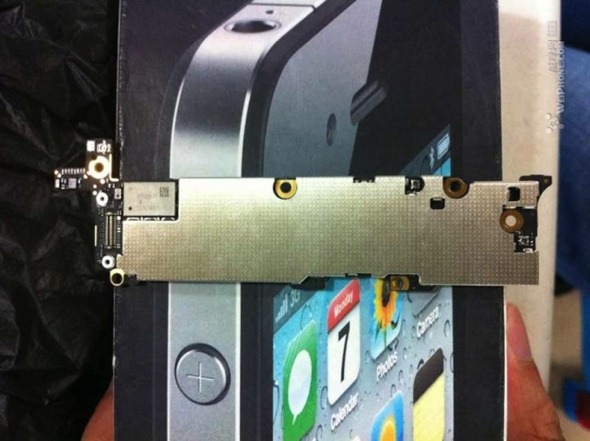 One of the aspects of the iPhone, which Apple is keen to improve upon in the next-generation release is the battery life that is provided to users. We have already seen a leak of the purported new battery, and the motherboard in the images (above) seems to suggest that it will be connected to the internals of the device through five connections rather than the previous four, which we have seen on earlier devices. One of the additional aspects of the components is the inclusion of what looks like it could be an additional antennae, possibly signaling Apple’s intention of shipping the new iPhone with LTE.

Thankfully, we don’t have long to wait until we actually see what Apple has in store for us, but all the signs are pointing towards another powerful and well-received creation from the fruit company.