WhatsApp For Windows Phone Finds Its Way Back Into The Marketplace

After going AWOL from the Microsoft Windows Phone Marketplace for a short while, instant messaging app WhatsApp has now reappeared, allowing users to download it once again. Importantly, the app is still free, just as it was before it went missing.

Windows Phone is not the most app-laden of platforms at the best of times, which is why it cannot afford to have apps go missing. But that’s just what happened to WhatsApp earlier this month, with the cross-platform instant messaging app disappearing from the Windows Phone Marketplace with no word as to why. Although some reports have suggested that it was taken down due to a security issue, which we suppose has now been fixed in the newer version.

Thankfully for fans of the app though, WhatsApp has made a mysterious return to Windows Phone, with the reinstatement coming with just as little explanation as its disappearance not that long ago.

Rumors had suggested that the app would reappear as a paid-for solution, but it appears that those rumors were unfounded with WhatsApp continuing to be a free solution for those wishing to cut the SMS cord. With apps across all the other major smartphone platforms, it was a travesty that Windows Phone was not in on the action. Now though, that has once again been rectified. 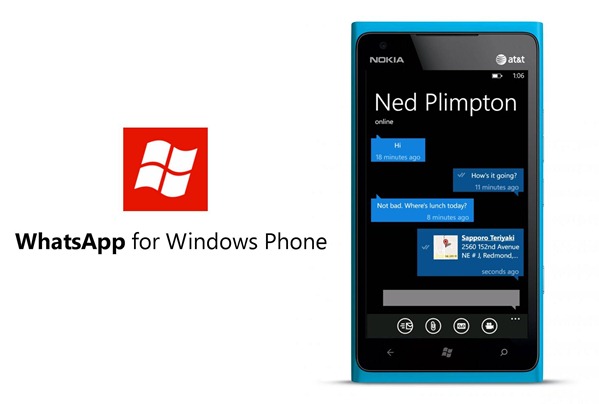 Now up to version 2.8.0.0, WhatsApp appears to be very similar to the version that was available before the strange disappearing act, though we hear that some emoji options have fallen by the wayside. Other than that, the toolbar now features "Search," "My Status," and "Create Group" options but that is about the gist of it. Those hoping for sweeping changes will be disappointed, but why change a winning formula? It seems whatever WhatsApp needed to change, it did. The main thing is the app is back in the Marketplace, where it belongs.

For their part, the people behind WhatsApp have yet to comment on the reappearance of the app in the Windows Phone Marketplace, but the reasons are not important. All that matters is the app is back, and people can download it once again. If you’re a WhatsApp user, that’s all you’ll care about.

WhatsApp is undoubtedly one of the most popular instant messaging apps out there, partly thanks to its presence on just about any device you could think of.

WhatsApp for Windows Phone can be downloaded from WP Marketplace here.