Want a way to make your iPad look and feel as much like a Mac as possible? There’s a theme for that!

Way back when, before Apple officially announced the iPad and speculation was rife as to what the iPhone maker would make of a tablet device, we all wondered whether we would get an iOS tablet, or a Mac-like slate. We really didn’t know for sure, and many people hoped, even begged that Apple would bring OS X to the touch-screen market.

Now though, three generations later, we’re all very comfortable with iOS on a tablet, and the iPad is cleaning up in a market that really is dominated by the iPad. If you still hanker after that OS X experience on your Apple tablet though, there’s always skinning.

A new DreamBoard theme for jailbroken iPads promises to make your shiny tablet look, feel and even behave like it is running Apple’s desktop operating system while also hiding as much of the iOS interface as possible. It may not be everyone’s cup of tea, but there’s a certain charm to having a Mac Dock on an iPad. 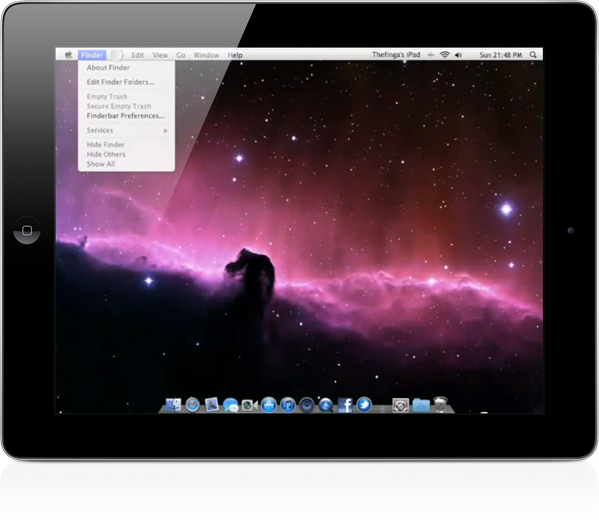 The theme itself will run punters $3.50, from fnetdesigns.com/cydia/repo,  should they wish to partake in a spot of iPad skinning, but what do you get for your cash?

According to the theme’s creators, there’s plenty going on.

For starters, you’ve got the fully customizable dock which resembles the one found on OS X, allowing users to add any icons and apps of their choice for quick and easy launching. The dock itself can also have its appearance altered thanks to the styles which change colors and wallpapers.

There is also a Finder like window, again fully customizable, and with half a dozen editable folders and the like. There are five quicklinks, too, with notification badges also supported fully.

Obviously nothing is going to turn an iPad into a full OS X-based Mac OS X, but changing the appearance of iOS as much as possible, as well as adding fancy little touches like the dock goes a long way towards creating the illusion of a tablet-based Mac. It may not be what you’ve been praying for, but hey, it’s certainly better than nothing!

(Thanks Alex for sending this in!)