It’s no secret that a technology company may file a large number of patent applications, a lot of which can sit awaiting approval for years before anything becomes of them. A large majority of these applications may result in nothing exciting, whilst some form part of a larger jigsaw, but on a whole; companies tend to be able to go about their patent filing business without much interruption. 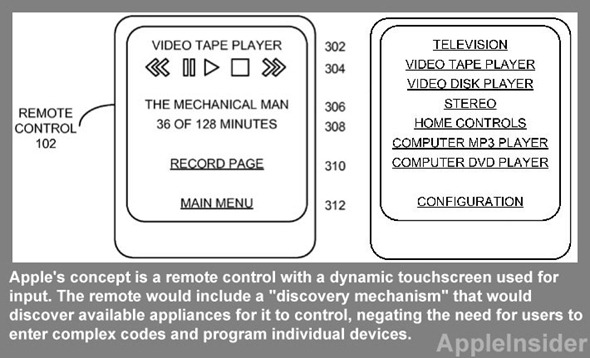 Unsurprisingly, the same can’t really be said about Apple at the moment. The Cupertino-based company is going through a lucrative spell of being the ‘in’ company, with every Joe in public wanting to know the ins and outs of the company.

That level of interest can probably go some length to explaining why pretty much every patent application that is successfully published to Apple undergoes intense scrutiny with every man and his dog trying to speculate just in what area of the business it will be used in. The hot topic at the moment is undoubtedly Apple’s rumored TV set which is said to be going to ship sometime in this calendar year, but of which details remain very scarce.

A newly-published patent, which was submitted by the company in September 2011 only brings further speculation and chatter about the capabilities of the alleged television set. The title ‘Apparatus and Method to Facilitate Universal Remote Control’ kind of gives it away what this invention is intended to operate as, but carries on to complain that most existing remote controls require a huge number of buttons and knobs to control all functions of the device. 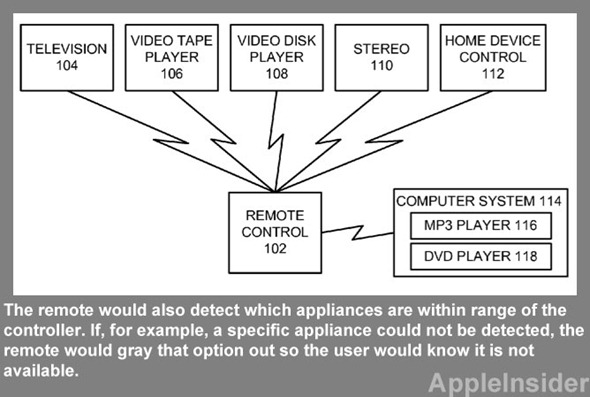 The patent application says that "users must spend time learning a new remote control or programming an existing universal remote each time they purchase a new remotely controllable appliance". What is needed is an apparatus and a method to provide remote control over multiple applications which the difficulties described above". The company is obviously hinting at producing a next-generation remote control which provides an improved user experience to the consumer, and the continuing reference to the ‘universal’ part would indicate that it won’t only be limited to Apple devices.

Considering the company has been a champion of multi-gesture, capacitive touchscreens in the last 5 years, it is perhaps unsurprising that they are suggesting a remote control with a touchscreen interface is the solution to this problem. It is not uncommon for homes to actually have touchscreen control devices in them, this has been common practice in the home automation industry for a number of years. However, the problem has never been the production of these devices, but the cost, with a high-end touchscreen panel to control home AV running into thousands.

Possible uses of the remote could be to control televisions, stereos, home automation systems, games consoles and DVD playback, which could also include iTunes support as standard. As always, with any speculation like this, Apple’s intelligent voice analyzing software, Siri, is being rumored to make an appearance in the product. I remain very skeptical whether or not Siri could perform in such an application, when you take into account things like background noise which may be present in those situations it seems unlikely, but a touchscreen universal Apple remote would sit very nicely with me.