With the release of Windows 8 and its brand spanking new Metro interface, Microsoft will all-but get rid of the Start Menu off for good. At least, that’s the plan.

Deciding to go whole hog in the diffract of Metro, Microsoft has decided to remove the Desktop as we know it, with the Start Menu being the biggest casualty and one that most existing Windows users will feel lost without. It’s been there for the last 17+ years, ever since Windows 95 was introduced, and we’re going to miss it. Thankfully, getting it back will be as easy as installing an app from the folks at Stardock. 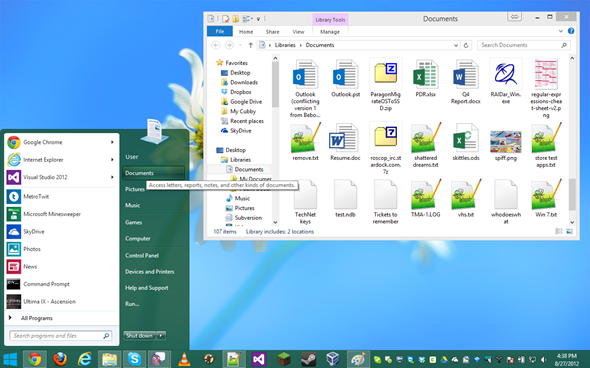 Called Start8, this app is currently in beta and has just seen a new version released. Free for now, Start8 promises to bring the Start Menu back to any Windows 8 machine, possibly helping avoid a few more users going a little more crazy.

While Start8 has been available in beta form for a while, previous versions lacked in features and functionality. The latest beta sees new features galore, with the Start Menu itself now working much more like the Start Menu we’ve all grown to love over the years.

For example, while previous releases simply allowed the new Start Menu to open the new Windows interface, the improved version supports pinnable apps, a unified search bar and full support for jump lists. The additional Start Menu also now matches the color of the taskbar, making the whole thing feel like it was meant to be there all along. 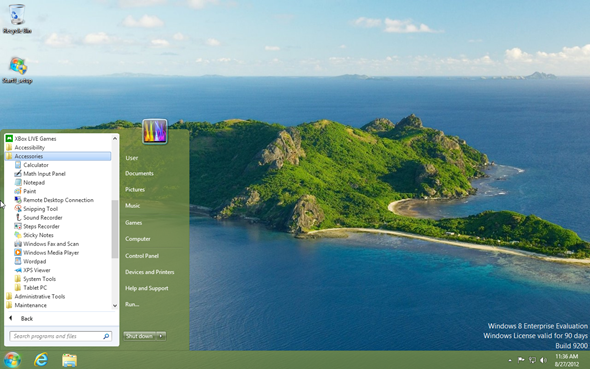 On top of that, the new Start 8 is fully skinnable, and also allows users to boot directly to the Windows 8 desktop should they so wish. Additional features also include the option to disable desktop "hot spots" as well as offering fast access to the Shut Down command, alongside shortcuts to devices, music, documents and videos.

If you were being put of Windows 8 due to its complete disregard to all things Start Menu, then Start8 may well be something that is worth your while to check out.

Check out the embedded video to see Stardock’s Start8 in action.

Start 8 will work with both the preview, and final shipping versions of Windows 8. The free beta release can be downloaded right now.