Been trying to keep abreast of all things IFA from afar? Had to make do with reading all about Samsung’s new announcements via someone else’s text-based updates, laden with their own opinions? Fear not, for now you can form your own by watching the entire Samsung event from IFA in the comfort of your own home!

While the event was streamed on the company’s Facebook page, not everyone was able to take the presentation in for themselves, and by all accounts it was so cringe-worthy that we’ll want to see it sooner rather than later! Now, Samsung has made its whole IFA event available for streaming online, which is nice. If you’re into your smartphones, tablets or notebooks, then this is one video that may well be worth your time. 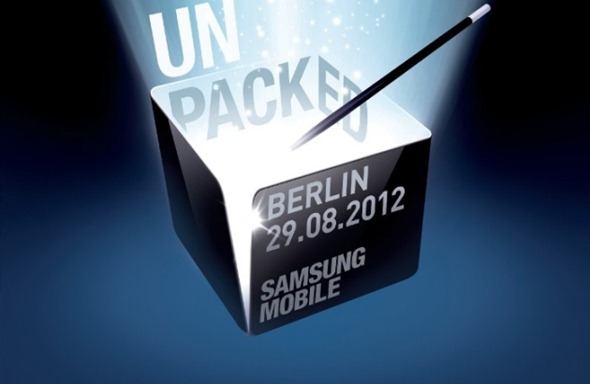 During the presentation, executives from across Samsung set about announcing a collection of new products, with the Galaxy Note II arguably the biggest of the bunch. We also saw the first Android-powered camera make an appearance, with the Galaxy Camera (could you have guessed that name?) perhaps beginning a camera war that none of us knew we wanted. Is the point and shoot camera making a comeback? Maybe, but it took Android, apps and 4G to make it happen.

Windows 8 also got in on the IFA action during Samsung’s event, with tablets featuring Microsoft’s latest and greatest being announced. The Samsung ATIV Tab is a Windows RT slate that sits at 9.9mm thick and weighs 762g. Want to see it make its debut? Then give the Samsung video a whirl!

Samsung took the liberty of announcing the world’s first-ever Windows Phone 8 device, the ATIV S, which looks gorgeous in its entirety but the device wasn’t revealed in action or with any sort of software on-board.

Samsung also announced that the Android 4.1, Jelly Bean versions of Google’s mobile operating system would be coming to the Galaxy S III and the Note 10.1 tablet "very soon." Following rumors that the software would put in an appearance during the event, the news comes as something of a disappointment for those hoping to try Google’s finest on their Samsung devices ASAP. Still, "soon"is better than nothing, so we’ll be grateful for small mercies!

Now, if you’ll excuse us, we’re off to grab the popcorn, sit back, and watch the Samsung IFA event on our non-Jelly Bean Galaxy S IIIs. We hope you do too!