We’re sorry to be the bearer of bad news, but if you have just purchased a pair of expensive new headphones that use the standard 3.5mm headphone jack to connect to devices, then you’re going to be more than a little disappointed with Apple’s upcoming iPhone 7.

There’s been plenty of speculation over the last six months suggesting that the ever-present 3.5mm audio jack will disappear as of the next-generation iPhone. Those rumors have all but been confirmed, and we’re now even seeing leaked images claiming to show Apple’s Lightning-enabled EarPods. This, by the way, is not the first time images of Lightning EarPods have leaked on to the Internet. Back in late June, we saw a similar set of photos showing Lightning-enabled EarPods for iPhone 7.

Apple may not have confirmed anything to date, but the writing is seemingly on the wall for the 3.5mm headphone jack. There’s been enough speculation and rumor over the last few months to make us believe that a change is on the horizon in this respect.

Of course, when that change does happen, it means that Apple will no longer be able to ship the existing EarPods in the box of the new iPhone, unless the company decides to offer a proprietary 3.5mm to Lightning adapter accessory. Recent rumor had suggested that that could be the case, but these images suggest otherwise.

These newly leaked images as discovered by 9to5Mac, point to the potential for Apple to stick with the existing EarPods design, but to make them compatible with the new iPhone models via the 8-pin Lightning port. As you can immediately tell from the images, if these are an accurate representation of an Apple product, or if they are actually the real-deal taken from Apple’s supply chain, then there will be very little difference in the design of the audio accessory. 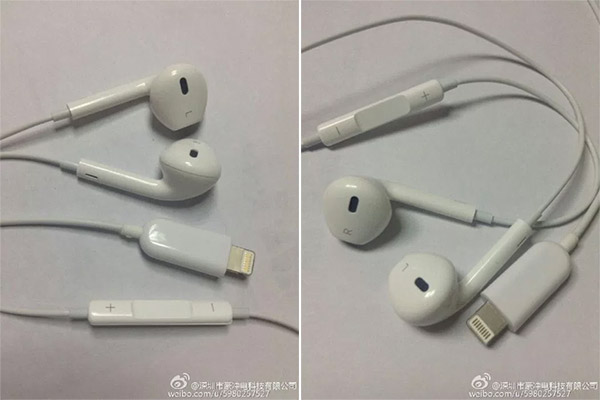 The EarPods shown here are identical to what we already have, as is the remote containing the microphone and volume buttons to control the device. The real, and potentially only, change comes from the new Lightning connector at the end of the cable. The reversible connector will presumably offer immediate support for the iPhone 7, and all future iOS devices, meaning that the Lightning port will now handle the transference of audio, data and power. 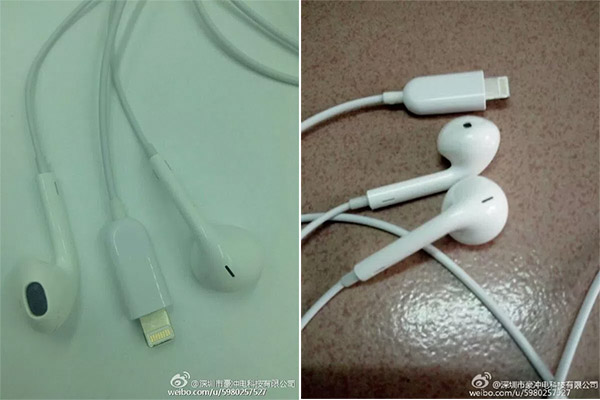 The images don’t have any glaring signs to suggest that they may have been doctored or created to mislead, aside from what seems like a very bulky Lightning connector in comparison to other Lightning-enabled products that we’ve seen. That bulk could possibly be the result of the inclusion of a DAC chip.

We will of course have to wait until an official announcement from Apple to see if this product materializes, but for now, the creation of a set of Lightning-enabled EarPods seems to raise another huge question; how will you charge your phone while listening to music on the phone?