iPhone OS 4 Beta 2 was pushed to developers yesterday and it mainly brought API improvements, increased performance and bug fixes. Apart from this, Apple has also added a new faster and smoother animation for switching between apps during multitasking. This carousel transition rotates apps in a wheel-like form. Video after the jump. 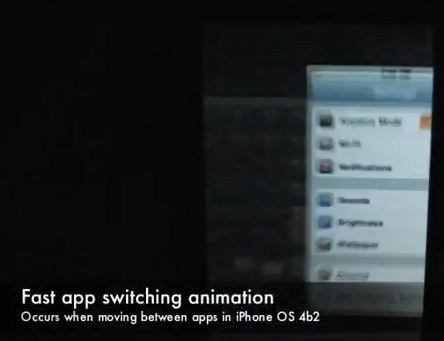 iPhone OS 4 beta 2 introduces a new, circular side-swapping animation when you switch between two apps using the new multitasking feature. Launching and leaving apps stays the same, but the new animation is Keynote-cool

iPhone OS 4 was first unveiled by Apple in a preview event, held at their 1-Infinite loop campus in Cupertino. This version of OS added lots of new features for both users and developers alike. Full list of known features can be found here. [via TiPB]