We are now only a matter of weeks away from the date that Apple is expected to hold a media event dedicated to the unveiling of the 2016 iPhone. The Cupertino-based company is widely expected to invite press and media to once again descend in San Francisco on September 7th to get the first official glimpse at the iPhone 7 range, including an overview of its design and technical specification.

Until then, we are still seeing additional media hitting the public domain claiming to show off the company’s new iPhone model.

The first thing that you notice here from the device shown in the images and video is that the overarching design and physical appearance of the device is actually as we have come to expect. The overall form-factor and visual appearance is very similar to the iPhone 6s range, albeit with the antenna bands moved to the top and bottom of the smartphone, and a new pill-shaped camera housing that presumably will hold the ambitious dual-lens camera system that the iPhone 7 Plus is said to feature as a differentiator over the 4.7-inch iPhone 7 model.

With that in mind, there are two things that are shown in this new media leak that have proved to be points of contention over the last few months. First of all there’s the aesthetic finish of the device. A number of information leaks have suggested that the iPhone 7 will offer a new Space Black finish, which would be similar to Space Black Apple Watch and make the two devices look stunning together for those that own both.

As part of the build up to this event, we’ve heard reports that both dismiss and corroborate the existence of a Space Black option, meaning that this latest leak once again brings that discussion to prominence. 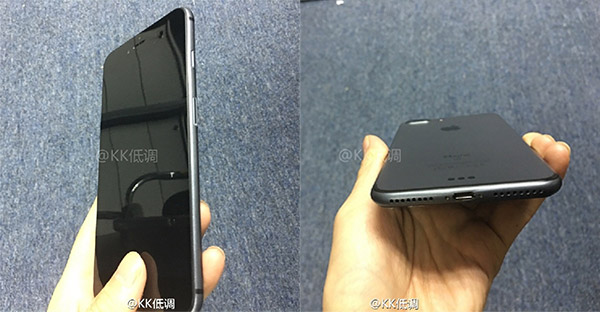 Secondly, this iPhone 7 Plus visual once again raises the idea that the larger of the two models will ship with an integrated Smart Connector, a physical connection port that Apple first introduced with the iPad Pro range. This Smart Connector would act as a gateway for the transfer of data and power to a new range of smart accessories that would likely only be compatible with the iPhone 7 Plus.

We can’t deny that based on this new video and set of photos, the iPhone 7 Plus would look stunning in Space Black, but will it become a reality? It’s only a matter of weeks until we find out.