New iPhone X Plus Renders Give Yet Another Look At Apple’s Rumored 6.7-Inch 2018 Flagship

Apple’s newly released iPhone X is already looking like it could be the big shift in smartphone design that Apple claimed it to be, partly thanks to its button-less design across both hardware and software, and the inclusion of arguably the first face detection authentication system that actually works in Face ID.

After months of speculation about what the iPhone X would be, now that it’s here, speculation has already begun regarding what will be the next big release from Apple. Many hope it’s a larger iPhone X, and based on new renders, that could be absolutely stunning.

Created by popular designer Martin Hajek, the new renders for the “iPhone X Plus” show the next logical step for the iPhone X. Rumors are already circulating that Apple may be set to change things up again in 2018, and Hajek has put together a few concept images showing what a huge 6.7-inch iPhone X could look like.

According to Hajek he used the same ratio Apple used when going from the iPhone 8 to iPhone 8 Plus display, with the results being an iPhone X that has the same physical footprint as the iPhone 8 Plus but with a larger display when compared to that device’s 5.5-inch offering. 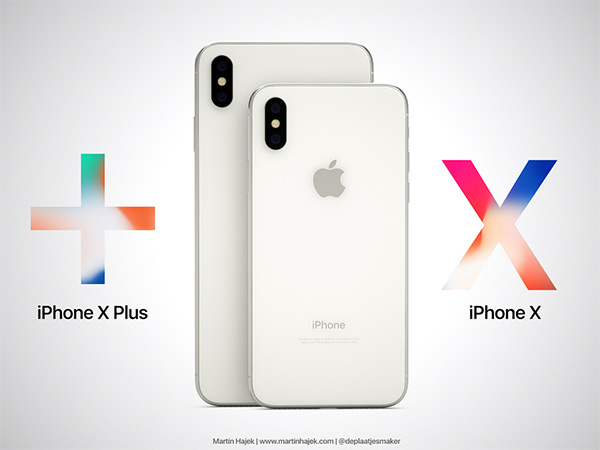 There is no doubt whatsoever that the finished renders look stunning, and while the sheer size of the iPhone X Plus could be a concern for some, the fact it is the same size as an iPhone 8 Plus should at least give some comfort to those who may initially fear that an iPhone with such a large display would be difficult to use. 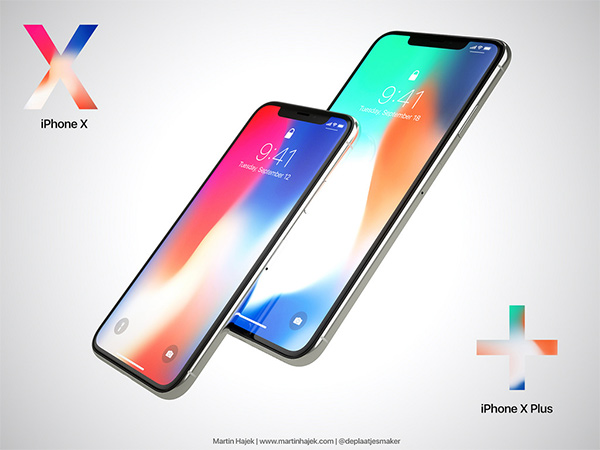 That being said, there is no doubt that this would be a two-handed device, even for those with bigger hands!

If Apple were to launch the iPhone X Plus, we think it would likely sell extremely well. The only real question about it has to revolve around price. With the iPhone X costing $999, how much would a larger display set customers back?