Apple continued its impressive stance on privacy with the announcement of iOS 13 last week. The new software update, which will be available to the public later this year, includes a new feature that offers a more detailed indication of which apps have been using your location data in the background.

Whenever an app is using your location data with iOS 13 installed, the release will show a notification to alert you. That notification also includes a small map that shows you where that specific app has tracked you as you go about your day.

The notification will also tell you why the app has requested access to your location data. Using the Apple Store app as an example, that justification reads:

We’ll provide you with relevant products, features, and services depending on where you are.

This addition comes alongside a change to the permissions options that will be available when an app first asks for access to your location data. A new “Allow Once” option will be available for those who want to temporarily allow an app to access their location rather than the simplistic options available before. 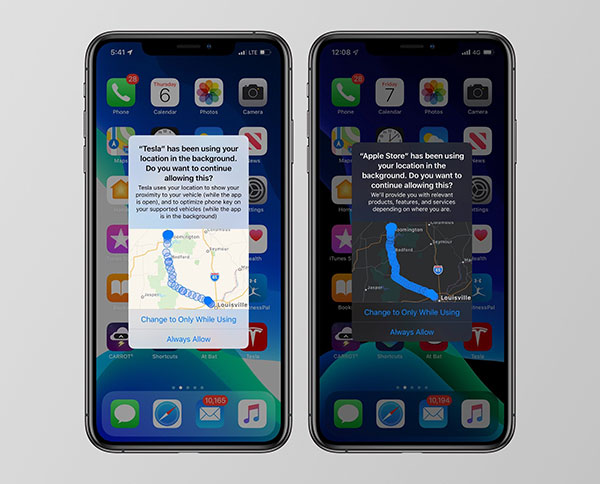 This new location privacy feature will be available for both iPads and iPhones when iPadOS 13 and iOS 13 both launch later this year. The updates are currently available to developers in beta form, and we expect the final version to be available to the public around the end of September.

We’ll be keeping our eyes peeled for any new features added between now and then, too.