One of the wonderful things about being able to interact with iOS 11 in its pre-release form is being able to interrogate the platform to not only interact with the announced features but to actually hunt out new improvements which haven’t been announced. Much to the delight of iOS users, one of those feature improvements means that animated GIF files are now actually animated inside of the stock Photos app.

Devices running iOS 10 have always been able to save and share animated GIF files, but those files have always appeared to be static in nature in the Photos app, which some feel somewhat defeats the point of the dynamic file type. 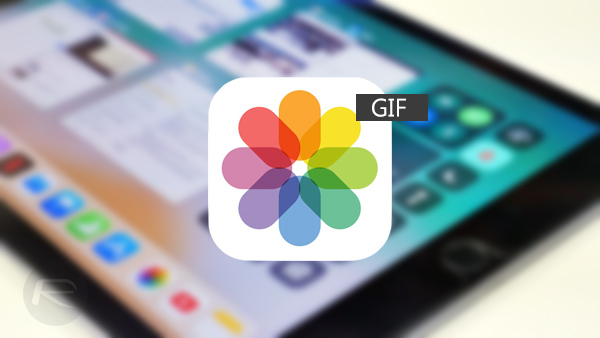 Now, with the introduction of iOS 11, the improved stock Photos app is capable of showing all of the animated content in the GIF file. Not just that, the app also makes them easier to find by creating a new intelligent folder type called Animated and putting all GIFs in it from the library, similar to the Screenshots and Bursts albums already created by iOS based on the types of photos it detects.

Those who are using the iOS 11 beta are able to head into the Photos app, select the Animated folder, and view everything that’s held inside of it. You will be able to interact with those GIF files in the same manner that you always have, as well as share them in the same fashion, but it’s this relatively small, but very important, update which instantly brings the experience to live by adding that visual dynamic nature.

It may seem like a really minor thing, but it’s actually something that iOS users have been crying out for quite some time. More and more third-party apps have been introducing the ability to view and interact with GIF images, and the advent of the iMessage App Store has meant that more and more iOS users are starting to download GIF extensions to be shared via iMessage. It makes perfect sense that Apple would take the opportunity to ensure that the stock Photos app within iOS was capable of handling those GIFs as they were meant to be handled. 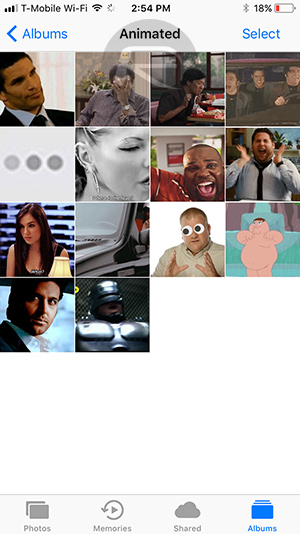 As with all versions of iOS in beta, Apple could still remove this feature going forward before a final public version is presented, but we can only keep our fingers crossed that it remains.