Whenever Samsung launches or releases a new device, one of its first ports of call is to take a swipe at Apple, and with the Galaxy S4 currently making its way to numerous markets around the world, it should be of little surprise to see the U.S. arm of the Korean company deliver another not-very-devastating blow to its Cupertino rival. This latest ad, entitled ‘Grad Pool Party,’ sees scores of Galaxy S4 fans nonchalantly showing off some of the device’s snazzy features like Air Gestures, and when the iPhone 5 users ask whether they can get in on the act, they are, of course, rebuffed. Check out the video after the break, you really don’t want to miss this!

Having seen some pretty terrible marketing stunts pulled by Samsung during the past couple of weeks, including the Samsung Style dance to promote the handset in India, one has to wonder who within Samsung is actually commissioned to create this stuff. It’s as if this same dynamic is not something Samsung did last year, or even the year before, and while a bit of ribbing and banter between two big rivals is always fun, this is a decidedly lazy attempt by the company to cover its latest and greatest device in any sort of glory. 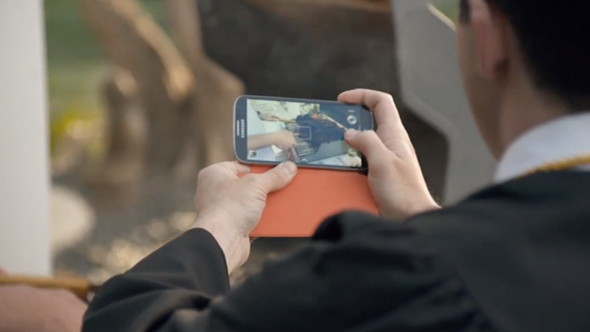 Although scores of Samsung fans will surely rush out to pick up the new S4, the usual feeling of buzz and excitement doesn’t quite seem to be there. The company has done well to improve the display with what looks to be a beautiful 5-inch affair, but aside from bumping up the specs, adding a few more “S” features and shaving a millimeter or two off the thickness, there’s not really much to say to what was billed as the biggest Android release of the year. 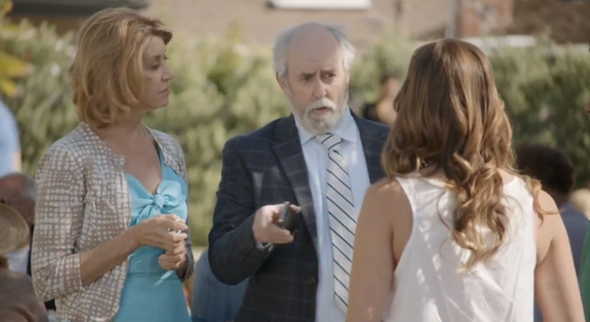 Again, it may well turn out that the S4 sells more in its first couple of months than any of its predecessors, but with the HTC One delivering a similar range of specs but in a well-polished, slick aluminum shell, it will be interesting to see whether the Galaxy S4 steps up to the plate.

Anyway, check the video out below, and let us know of your thoughts by dropping a comment below.

Thanks, Paul for sending this in!