Apple’s Steve Jobs may have made a big deal of the iPhone being used with nothing but a finger, but that doesn’t mean Apple hasn’t spent the last few years looking into new and interesting ways that users could interact with iPhones and, of course, iPads.

The Apple Pencil, released last year for iPad Pro models, is one example of that, but two new patents have today been made public that show both a new stylus and new hardware that could facilitate one-handed use on iPhones.

The stylus, dubbed a “Stylus with touch sensor,” is ostensibly a stylus with capacitive pads along its side that allows the stylus to figure out just how it is being held and where user’s fingers are at any one time.

As clever as the Apple Pencil is, this patent sounds like a definite upgrade. Having iOS know just how a stylus is being held could have implications for not just drawing and painting apps, but also those who rely on handwritten text input. With this stylus, people could see better reproduction of their written words thanks to a finer interpretation of how the pencil/stylus is being handled. 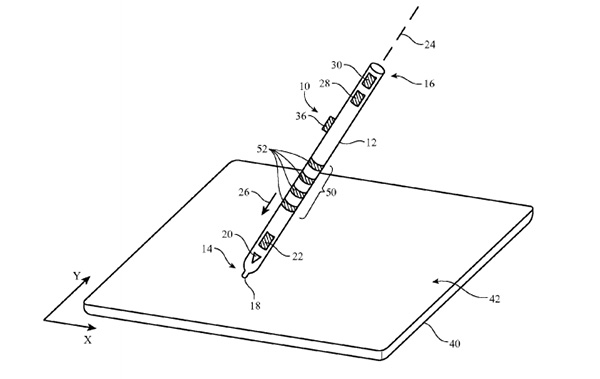 If you do want to resort to using your fingers, though, Apple has another patent that allows for an electronic device to detect which hand it is being operated with and automatically move buttons and interface elements from one side of a screen to another in order to aid tapping and swiping for those with modest-sized hands. A riff on Reachability, this new feature could be a boon for those who want a larger iPhone but simply cannot reach around its mammoth screen with one hand.

Labelled as “Electronic devices with hand detection circuitry,” this particular patent was filed for way back in 2014. 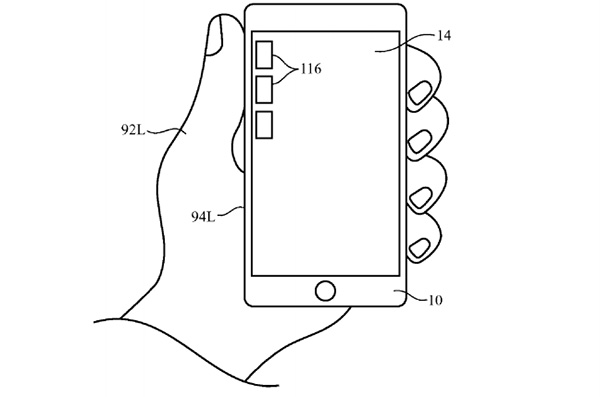 As ever, it’s worth remembering that Apple has lots of patents in the works and a lot of irons in the fire. A patent does not a fleshed out feature make, as a wise man once said.