Executives within Netflix may be silent on the issue, but anyone with an iota of knowledge of the streaming landscape is already aware that offline viewing has to be on the cards for behemoth American streaming company.

CEO Reed Hastings didn’t want to give too much away when he declared that his company was keeping an “open mind” regarding offline viewing, but a new report, which is citing an industry insider and Dan Taitz, Chief Operating Officer at Penthera as the source, is suggesting that the extremely attractive feature could make an appearance as part of Netflix’s arsenal before the end of the year. 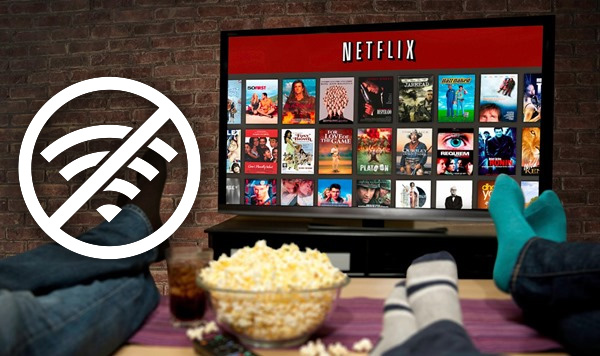 Netflix is already an extremely attractive prospect for consumers looking to select a provider capable of dishing out on-demand movies and television series. The service, which is available on a plethora of mobile devices across multiple platforms, serves content in more than 190 countries globally and generates more than $6 billion in revenue annually.

With that said, as attractive and appealing as Netflix is, there was always a potential of it slipping behind in terms of features after the likes of Amazon and others in the streaming market introduced content that can be downloaded. Taitz believes Netflix is acutely aware of this and could invoke a streaming “landscape shift” before the year’s end:

We know from our sources within the industry that Netflix is going to launch this product. My expectation is that by the end of the year Netflix will be launching download-to-go as an option for their customers.

Taitz’ prediction of offline viewing by the end of the year may come as new information to the majority of Netflix subscribers, but it appears that industry insiders view it as somewhat of an “open secret” according to Frost & Sullivan Analyst Dan Rayburn. Rayburn further suggests that:

It’s a natural progression for Netflix to want to have some of their content available for consumers to watch offline, and we’ve been hearing for months now that they are in fact going to roll something out soon.

If the ability to download content for offline viewing does materialize for Netflix subscribers, then it’s somewhat of a waiting game to see exactly what content is available as part of the new feature. Any original series created by Netflix will of course be available offline, but moving away from that it will literally be a case of striking deals with studios and production houses on a case-by-case basis in order to make movies and TV series available for download.