An Apex Legends level designer may have accidentally leaked a fresh look at an unannounced character. In one of the four images shared by the designer on Twitter showcasing blockouts of the Octane’s Gauntlet area from the original map, an unfamiliar avatar can be seen in one of banners looking over the arena.

Eagle-eyed fans in the thread were quick to spot the new legend, pointing out its resemblance to Revenant, detailed references to whom were extracted by data miner That1MiningGuy a couple months ago. Those references described the character as a “nightmare simulacrum,” a robot assassin driven by a human consciousness and the image in level designer Alex Garner’s tweet seems to fit that description perfectly. 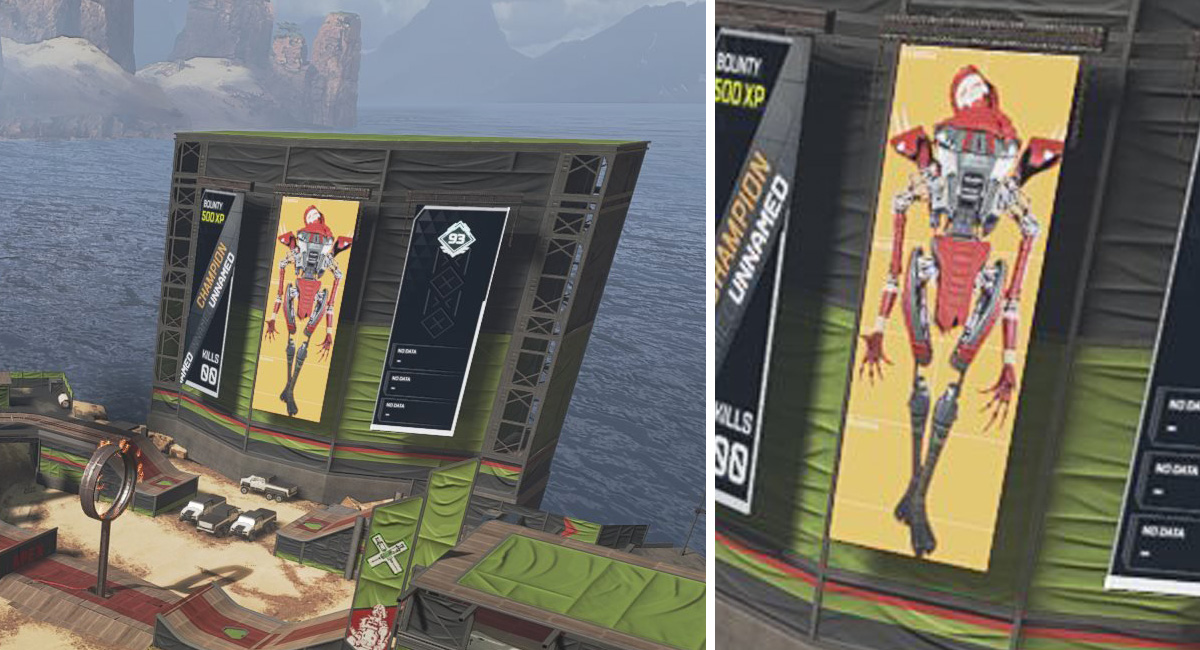 The name and nature of the character would jive quite well with the game’s upcoming “Fight or Fright” Halloween event, though there has been no official word from EA or Respawn Entertainment for the same. In any case, the addition of a new legend in the near future seems unlikely at this point, with the game already having welcomed Crypto to the roster just over a week ago.

Garner’s tweet seems like an honest mistake, with the designer intending to share a stripped-down look at his first big job for Respawn as part of the Blocktober trend, though the possibility of it all just being a intentional teaser in disguise cannot be ruled out completely.

The aforementioned data-mined details suggest Revenant will have two “stances” with differing abilities. In the regular stance, players will be able to leverage an area-of-effect bomb that slows and damages enemies, with the tactical ability in this stance being a poison dagger. The character’s ultimate ability will lay down a totem that, apart from automatically reviving downed allies with 20 health, likely in a limited area, will allow Revenant to switch to a second “shadow” stance, wherein players will be able to create doors to move through walls. The tactical ability in this case will allow players to create a shadow of the legend and teleport to it when needed.

There is, of course, no guarantee that Revenant’s data-mined details will remain unchanged till the legend is made official, if ever.

Man I love Blocktober! Here's some blockouts of Octane's Gauntlet I designed for #ApexLegends. The whole design started from the idea of 2 giant ramps and a ring of fire.

This was a fun one to make and was my first AAA shipped content.#Blocktober #Leveldesign pic.twitter.com/ZbOLShbnA6