There has long been a suspicion, mainly amongst Apple detractors, that the company deliberately makes its iOS devices perform poorly as new software releases arrive.

The claim is that Apple’s motives are to make older iPhones and iPads so slow that users are forced to upgrade, buying newer devices in order to keep a level of performance with which they are comfortable.

Benchmarking company Futuremark set out to debunk that myth, and as was entirely predictable, Apple does not purposefully make its older devices less capable via software updates. Futuremark started its research back in 2016 and has since gathered statistics from over 100,000 devices across all different levels within the iPhone lineup. The plan was to work out whether those devices experienced a reduction in performance across iOS 9, 10 and 11.

As an example of the testing done, Futuremark used the iPhone 5s. This is the oldest iPhone capable of running iOS 11 thanks to its 64-bit A7 CPU. Futuremark then used the 3DMark Sling Shot Extreme Graphics test and collated all benchmark scores from the iPhone 5s across a given month in order to make the comparison as fair as possible. The results? Well, you can probably guess. According to Futuremark, there was no slowdown in GPU performance from iOS 9 to iOS 11, with some variations which that said to “fall well within normal levels.”

Our benchmarking data shows that, rather than intentionally degrading the performance of older models, Apple actually does a good job of supporting its older devices with regular updates that maintain a consistent level of performance across iOS versions. 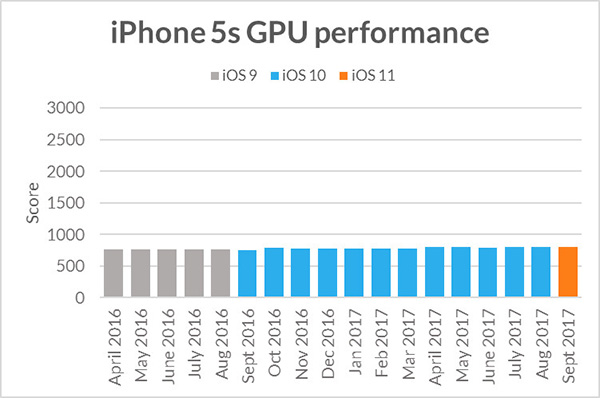 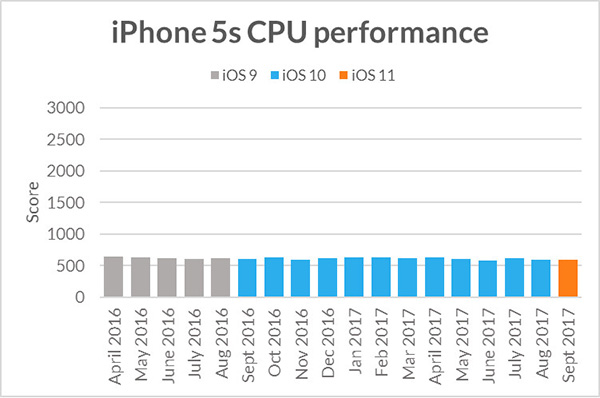 Tests on newer devices follow a similar pattern and hopefully can debunk the myth that Apple builds obsolescence into software updates for once and for all. 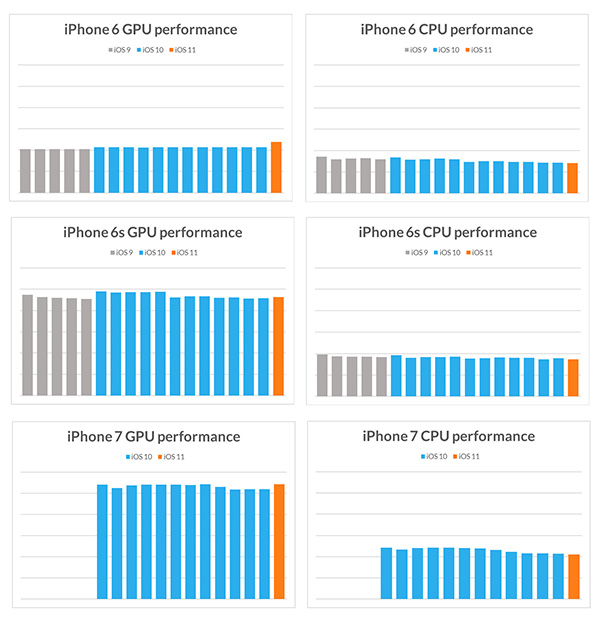