Must Watch: New Windows Phone Ad Pits Android And iPhone Fans Against Each Other At A Wedding [VIDEO]

Microsoft may be languishing behind Apple and Google in the mobile operating system stakes, but that hasn’t stopped the Redmond outfit from coning out on the offensive with its latest Windows Phone ad. You can check it out after the jump.

Aimed squarely at Apple and the biggest Android phone maker on the planet, Samsung, the ad sees two groups of people arguing at, which is clearly a wedding. Predictably, one half of the wedding party is of the iPhone persuasion, whilst the other is firmly in the Samsung camp. How predictable! 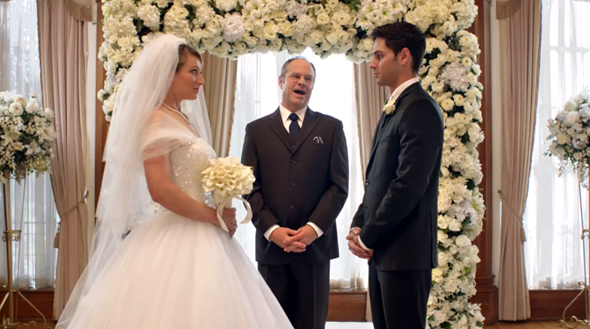 As things get underway, an iPhone 5 user is heard asking a Samsung fan to move their oversized phone out of the way. Cue all manner of fanboyish insults being thrown back and forth before two servers (not PC servers, obviously!) are seen talking about the only real fix for the whole sorry situation; Windows Phone.

Microsoft’s ads do feel somewhat like Samsung’s own anti-Apple ads, which makes it particularly funny to see it be the recipient of a good bashing by a competitor. That being said, the whole thing does leave something of a sour taste in the mouth – can these company’s not advertise their own products based on features and benefits rather than fighting amongst each other? Apparently not. 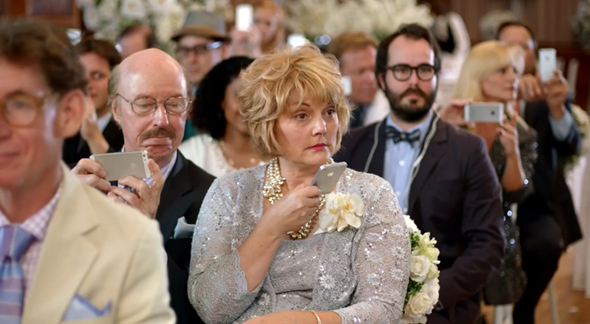 Microsoft does need to go onto the offensive, though, with sales of Windows Phones not exactly setting the market alight. Nokia, its largest hardware partner, consistently reports poor performance quarter after quarter while Samsung and Apple do just the opposite. If Windows Phone is to succeed in the long term, it needs potential customers to realize it actually exists, and that’s where this ad comes into play. Whether it will work or not, we’ll just have to wait and see.

Samsung has been known to run its own Apple bashing ads in the past, and has also gone after Canadian firm BlackBerry via a similar method too. Neither were particularly well received by the press, but it’s the potential customers that matter. Are these kind of offensive, anti-competitor ads really pulling in the results they hope for?

Microsoft will be hoping so.

What do you think? Are these sort of ads on the offensive side of the fence? Or, do they put forward a good laugh? You know how to share your thoughts.