Musessions For iOS 10 Tracks Music From All Apps, Makes Them Available In One Place

New jailbreak tweak Musessions for iOS 10 offers a way to give users access to media no matter where it originates. Here are the details.

If you cast your mind back to before the first iPhone was announced, everyone was thinking about how Apple could turn an iPod into a phone because, at the time, Apple was the iPod company. Since then, the iPod has faded away and the iPhone has become the biggest product in Apple’s catalog, but music is still an important part of Apple as a business even with so much competition in the marketplace these days. 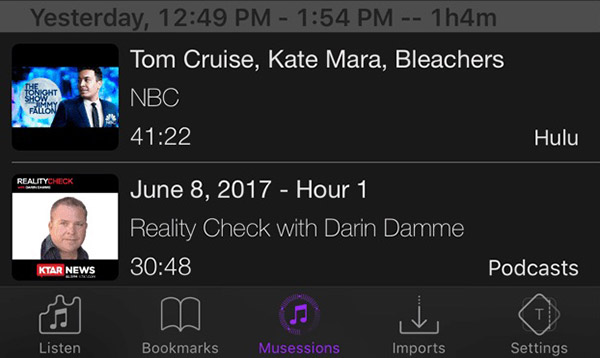 People listen to a lot of music on iPhones, and they listen to it from all kinds of sources from Spotify to Pandora to Apple Music. That level of choice is great, but it can also make keeping track of things difficult, unless you have something to lend a hand. That something may well be the jailbreak tweak Musessions, because it’s pretty damned awesome.

Available to download via the BigBoss repository for $3, Musessions is, at its core, a way to give users access to media no matter where it originates. By adding support for a plethora of services, Musessions brings everything under one roof and ties it all together into sessions. A session is a chunk of time when media is being consumed, with each session automatically carved out once a period of no media consumption has taken place – typically 15 minutes. That allows sessions to be things like the time you spent in the gym, or the commute home from work.

There are sharing features and bookmarking capabilities thrown in for good measure, as well as a separate MesessionsImporter add-on that allows music to be imported into the stock Music app even if the tracks in question are not available via Apple Music. It also means that users do not necessarily need an Apple Music subscription, either. 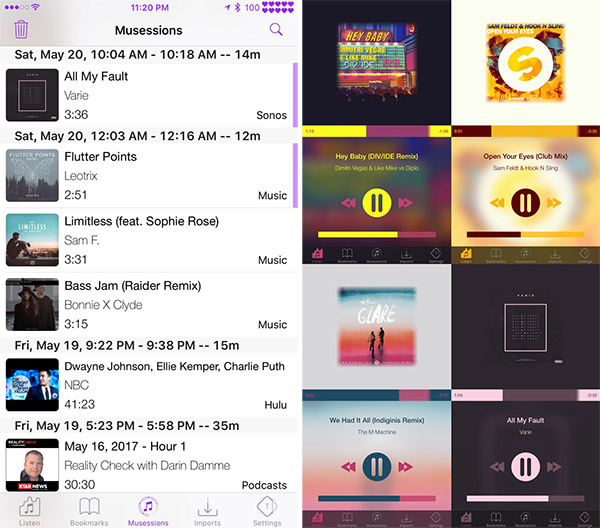 The whole breakdown of Musessions and its capabilities can be found on the tweak’s official page, complete with screenshots and explanations of just what can be achieved. For $3, this is a tweak that music lovers really should check out, because if you listen to a lot of music, we think this has the potential to be the most important tweak you install this year. Check it out!