The number of media playing, and media center, based applications appearing on the Apple TV is starting to grow at a rather exciting pace. Apple’s tvOS App Store already hosts a version of the fantastic Plex that brings with it a slick, Apple TV interface for the connected living room. Put that together with the recent release of Infuse 4 for Apple TV and we’re starting to build up a picture of what the new Apple TV 4 is capable of providing to users. If those two don’t cut it, and you, as an Apple TV 4 owner want a little more choice and power, there’s now the option to get up and running with MrMC via the tvOS App Store.

Plex and Infuse 4 are probably well-known names thanks to their history of supporting other Apple products, such as the iPad and iPhone. However, MrMC may be a little unfamiliar to some, or even most Apple TV and iOS device owners. MrMC is “based on an award-winning free and open source software media center”, meaning it’s essentially a third-party fork of the extremely popular Kodi (formerly XBMC) platform; albeit a version that is stripped down a little to make it past the tvOS App Store review team. 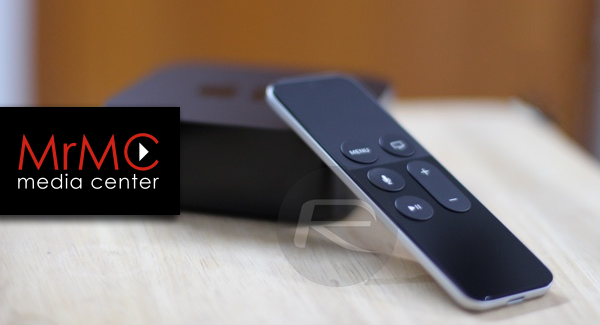 Those downloading MrMC for a $5.99 fee from the tvOS App Store, will receive a software media player for digital media that’s based on the excellent Kodi platform, and that is open-source under a GPL license. The software is capable of streaming videos, music, and even displaying images and photos from local network storage. The main promoted benefits of the platform being that it will play pretty much any popular music or video formats without any fuss, and that it supports digital audio pass-through. There’s also internal database storage to host and retrieve media metadata. 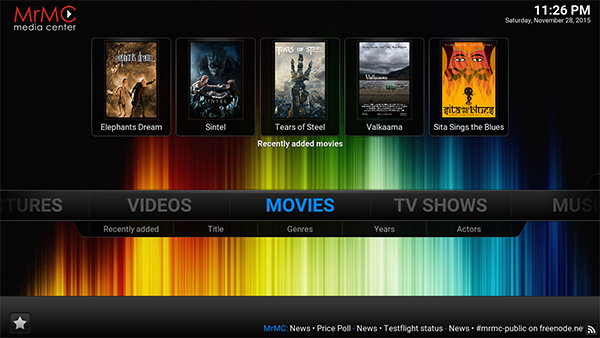 So if you have an Apple TV, and are looking for an app of this nature, what do you go for? MrMC, Plex, or Infuse 4? Well, as you might expect, they may all fall under the same genre of category in that they are designed for media playback, but they all offer differences over the others. The recently released Infuse 4 is capable of adapting to pretty much any format provided to it and doesn’t require any server-side transcoding of files. Everything is rendered and handled through the client app. Plex on the other hand makes use of a server-side setup to get the video in whatever format is required and distribute it to the Apple TV app for playback. MrMC ships with ffmpeg, and therefore doesn’t require any transcoding of media via a remote server, which promotes and preserves the original format and quality of the media provided. 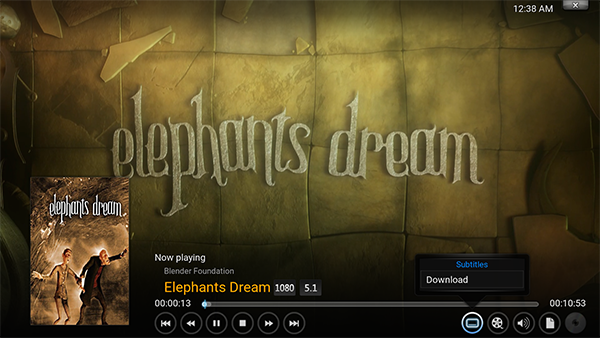 Of course, the real power of MrMC, and the Kodi platform, is the fact that it’s highly extensible with the use of third-party add-ons and plugins, though no plugins are currently available on the tvOS version of the app. More so, Apple would never allow such extensions to land on the tvOS App Store, but it is speculated that a full version of Kodi complete with support for extensions, is in development that could be sideloaded onto the Apple TV via Xcode 7. 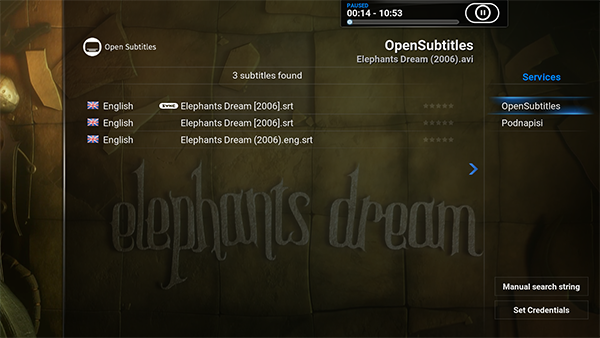 We’ll be certain to bring you more on that one when, and if it appears.